Just What Day is it Anyways?

SO Monday Night I stopped at the Bridge of the Gods on Historic Highway 30 and had a lovely little room at the same name motel.  I was very close to Portland so I emailed big bins Jen of I Used to Hate Birds Fame.  Wondered if she would like to show me around Ridgefield NWR since my path would take me right past it...I had plans to see at least 2 more water falls possibly 3 and the Bonneville dam.. So when I sent that email my computer is still on Eastern time...It was late when I signed off like after 10 so my computer told me it was Tuesday!! (well it was Tuesday back on the East coast)  I got up and Jen had answered my email...she said Im off tomorrow Wednesday, so we can hook up!! Since I was not really aware of what day it really was my computer said it was Tuesday so tomorrow is Wednesday and so she wants to meet me TODAY...see Jen had answered my email on Tuesday so Tomorrow was Wednesday not today but in my pea brain it was already Wednesday!! You Got that?

SO I said I can meet you at 3 see  you there after I see these waterfalls...

Many of my photos are missing

Off I went first to the dam...Bonneville Locks n Dam. 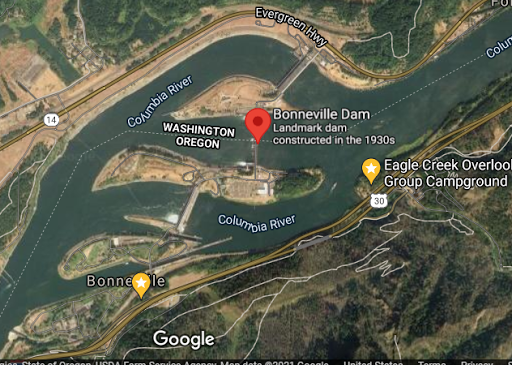 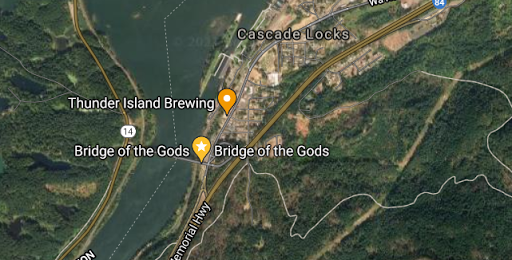 A little video of the fish

Very interesting stuff...I enjoyed seeing the fish in the lower level try to swim up the ladders they make for them to go upstream...

I saw a lot of cedar wax wings there! This one gave me that over the shoulder look...

I got my passport stamped here and Pinched a Penny and they had Penny holder folders so I got one so happy was I! 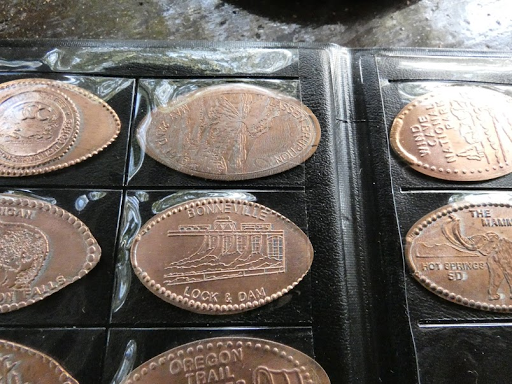 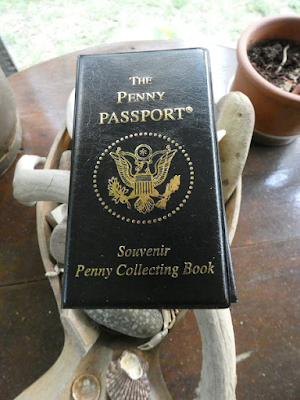 I left the dam and headed to the waterfall area..Horsetail falls is road side.. 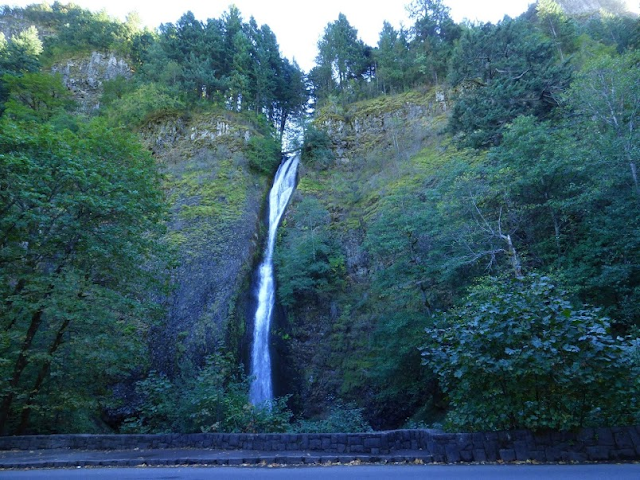 And the Big One Multnomah...
MY PHOTO GONE 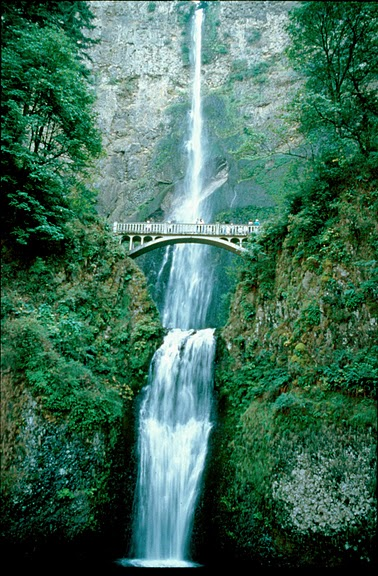 Wakeena was another hike to get a good view so I opted for the standard  best view from where I was still not recovered from the 3.8 miler with elevation gains.. 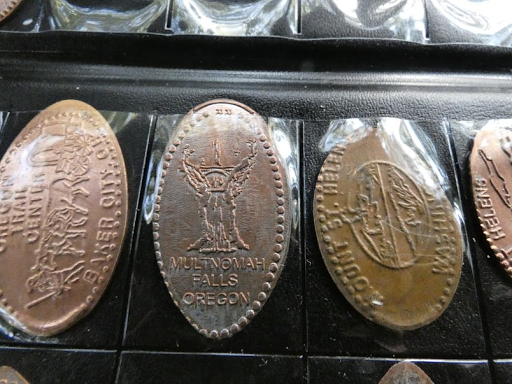 AWESOME all of them!! I got another penny pinched at Multnomah!! 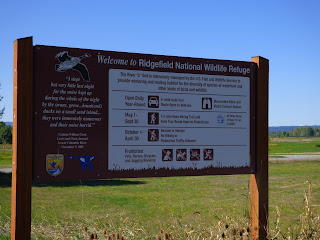 I had to meet Jen at 3 so Off I went to Ridgefield...I got there about 2:30 looked around waked Casey and then by about 10 till I met this lady who told me there was another unit I was at the S unit so I wondered if I was at the wrong unit..So I fired up what juice I had left in the laptop and Jen had written..."your email sounded as if you are going to be there today, is that right?" SO I thought well it is Wednesday so yeah...BUT then I looked at my computer calendar it was TUESDAY!! Holy Cow...so I shot off a message sorry I can try for tomorrow..etc..then she called and saved the day and met me anyways!! How nice is that??? 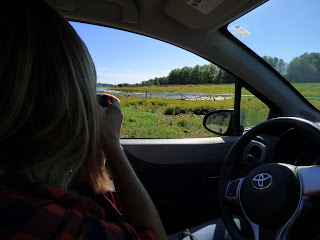 Ridgefield impressed me with the variety of habitat in a small space...it has everything going for it.  We did a loop drive around and we saw quite a lot in the space of a couple hrs!  I saw herons and egrets right off and Jen saw Red tails and Northern Harries, then there was Sandhill cranes and mallards, and coots, and kingfishers, golden crowned sparrows and stellars jays,  Long billed dowitchers I need that on my list but my photo just wasnt good enough to tell...some pied billed grebes...and brewers black birds!
MY PHOTOS MISSING

and lots of turtles were out catching some rays..

Big Thanks to Jen for a great Birding afternoon and for accommodating my blunder of what day it was!!

PEACE
Eleanor Roosevelt: You must do the thing you think you can not.
at 8:43:00 PM