One more trip around the Sun....

Not much warm n fuzzy going on right now in my corner of the woods...I'm about to turn the golden corner as another birthday waxes and wanes, so I'm laying fairly low, still dealing with some of the storm damage, trying to get my ceiling dried out so I can repaint it... 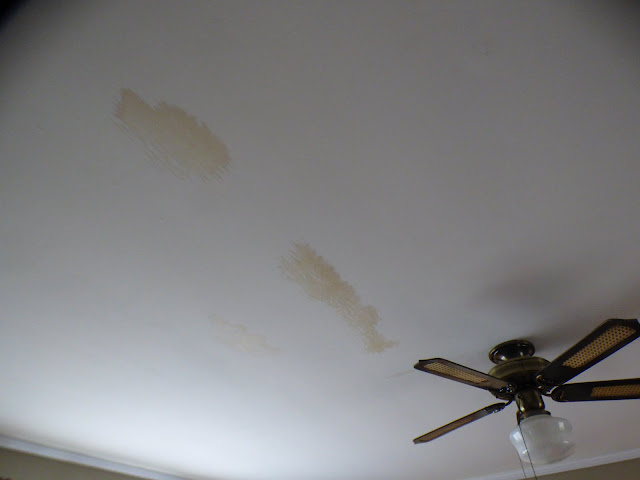 I haven't touched it last couple of days to see how it's going I've got fans on it 24/7.  Not looking forward to it since matching the paint even tho it's just a ceiling flat paint, will be hard, so that will probably mean painting the entire ceiling! NOT what I wanted on my plate as this moment.

Lot's of change sweeping through my life and the lives of everyone I love...it's been and continues to be a hard summer even tho it has finally ended.
I don't do well with change...emotionally I'm low, energy level is low too.  I think I'd like to sail away.  But for now a drive down to Sandhills NWR will have to do!  We finally had our first summer picnic and it is officially Fall! LoL. 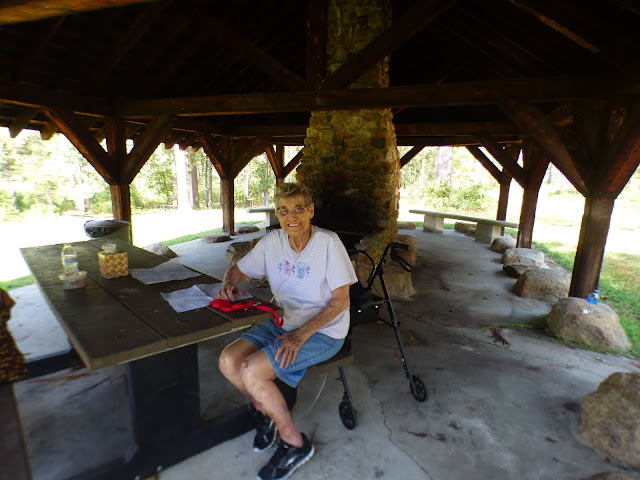 We drove around by car and I riding shotgun with Jimmy in the backseat so I didn't see many birds we heard pine warbler, saw blue jays and red bellied woodpeckers, and lots of brown headed nuthatches up in the trees around the picnic shelter.   Mainly we enjoyed the changing landscape it  kinda goes along with the current flow of life...things they are a changin'. 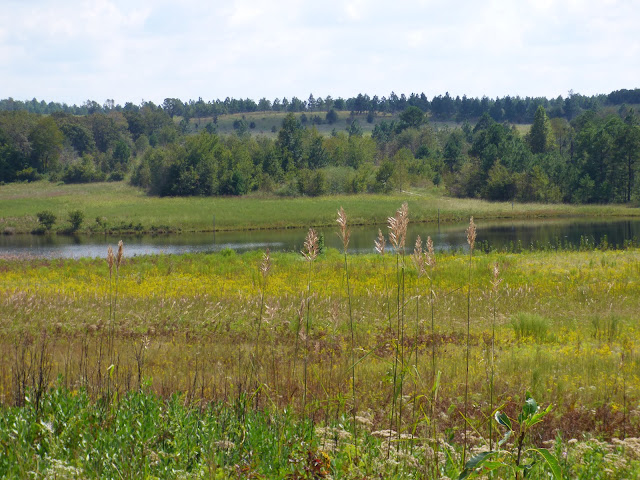 The lake levels were very high thanks to the recent storm I don't think this boardwalk is gonna make it. 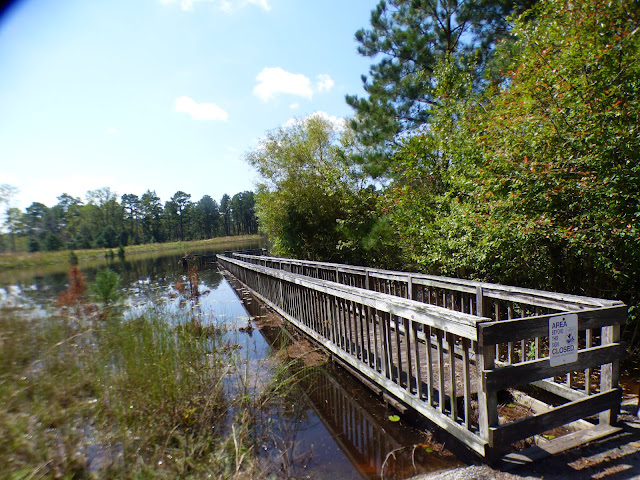 This is also one of our favorite lakes there are many in the refuge, this is Mays Lake.  We agree we really need to get into a kayak and paddle this lake, it has a lot of shoreline and little coves in the back.  Unexplored places entice. 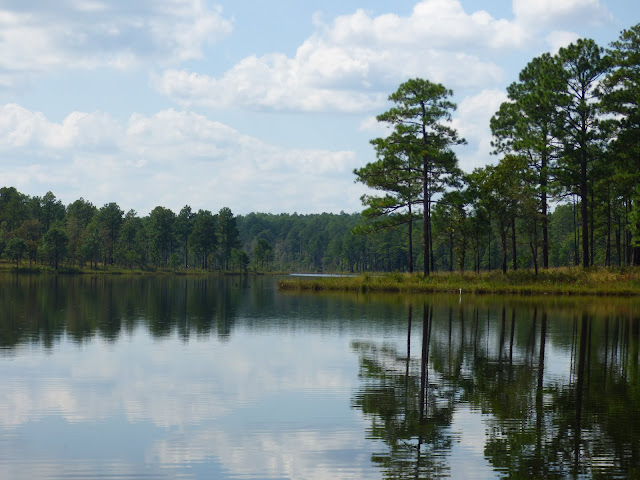 It was the perfect spot to reflect, on times gone by, time that is, and what will be... 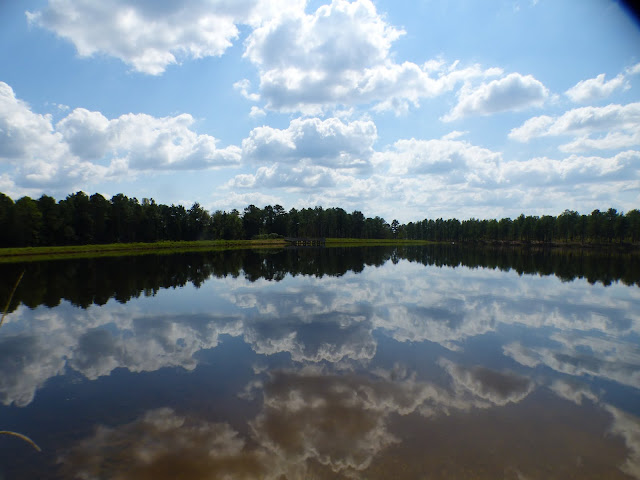 Recall those lines in the old movie Terminator..."the future is not set, there is no fate but what we make for ourselves," I believe that.

I found this turtle who met his demise here in this peaceful place, his shell remained to show he had been here...is that how life is? We come, we try, we go, and leave an empty shell? Maybe!  SO strange how mankind spends more time trying to "save the soul", and we don't even know if we have one, meanwhile what is right in front of us our Earthly Experience, we ponder so much of it away and only the tattered shell remains...hmmm? 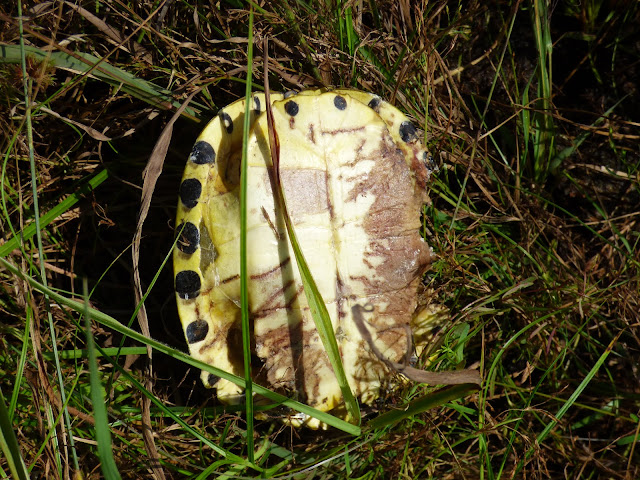 Jimmy said "aw what the heck, may as well just take a little swim." 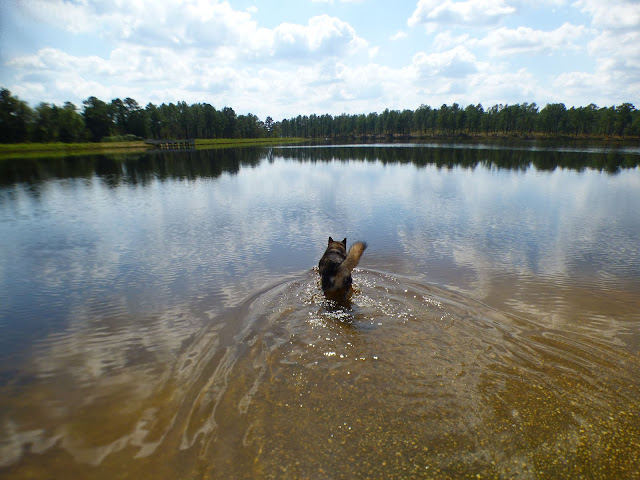 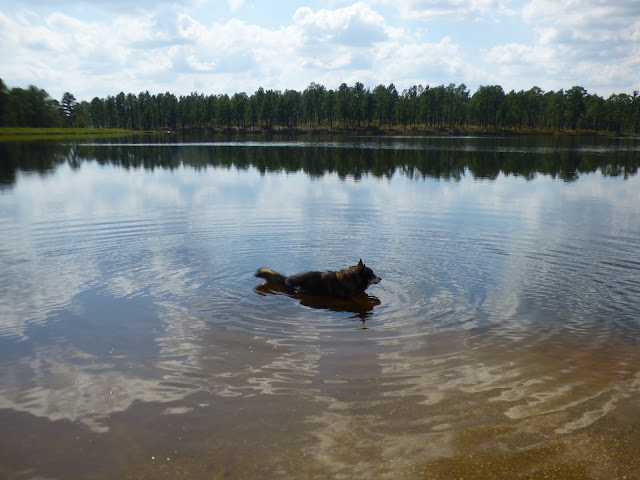 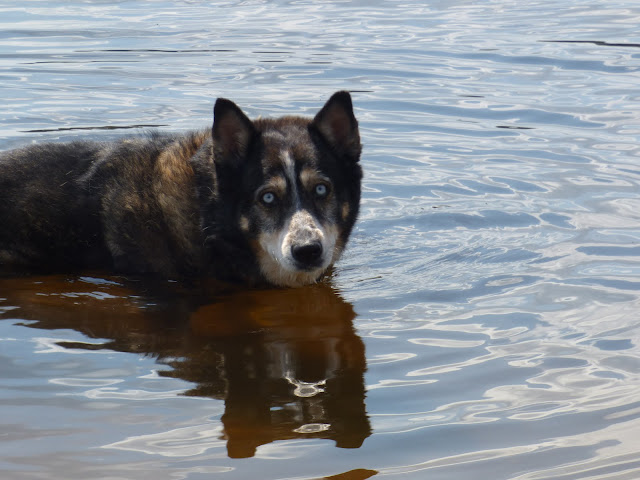 Then just shake it off and on to the next big thing! 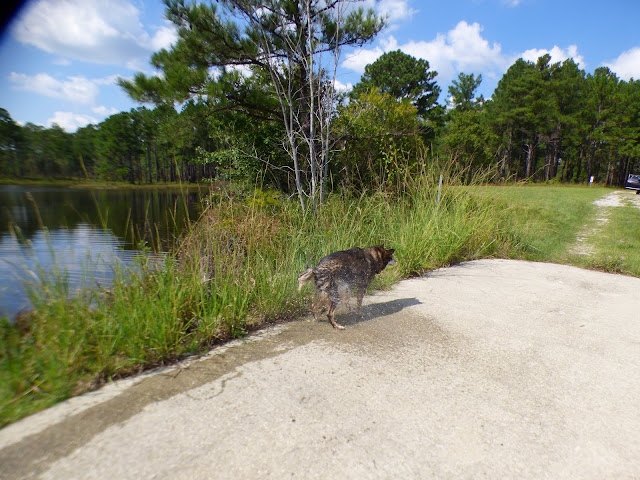 Email ThisBlogThis!Share to TwitterShare to FacebookShare to Pinterest
Labels: another orbit, change, reflecting

Hurricanes and others things...

Today we are watching the weather report as Hurricane Florence is barreling toward the Carolina's coast.  We will feel it on Thursday and Friday and then the rains into the weekend....my state will be spared the brunt of the storm but it is looking like it's going to hit the same area where we vacationed after Hurricane Matthew destroyed many of the homes on Ocean Isle beach...in 2016. 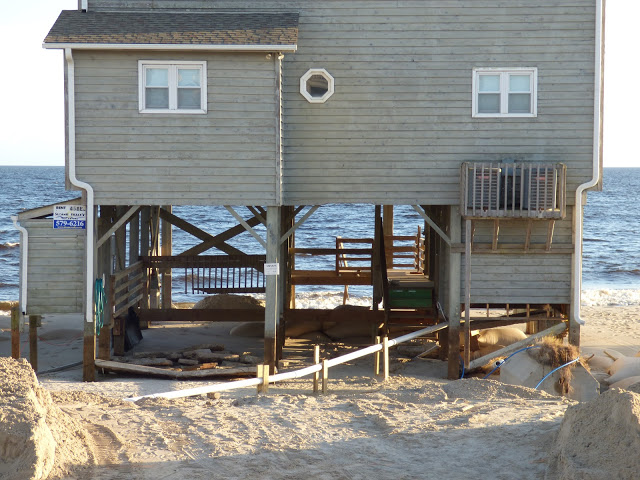 I doubt that any of these homes were saved if they were they will surely go this time as it looks like the eye of Florence is very nearly gonna pass just to the north of them.. 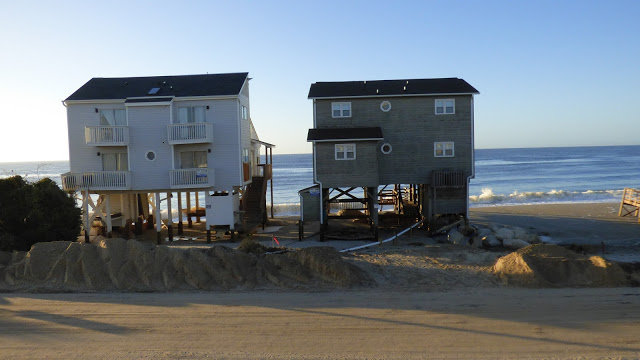 ...remember my room was the blue room...That was such a great trip with my sisters and my mom. 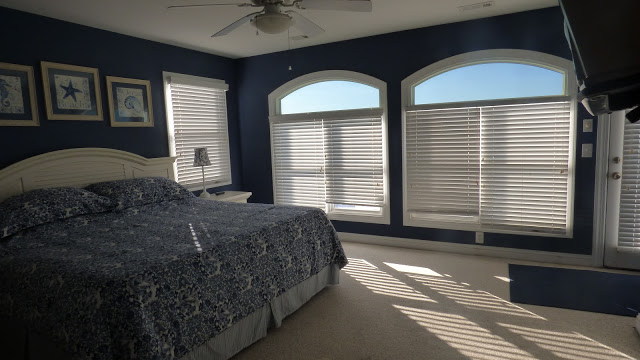 This summer we went no where it's been quite depressing...a lot of life stuff just got in the way and that is how things happen some time.  The weather has been so nasty this summer with heat and humidity I did no van traveling, and no camping boohoo! I did however find a YouTuber to take me on virtual trips...she does a Vlog, and I have been enjoying her posts of her summer trip to Alaska...if you don't already know about Carolyn's Rv Life, you should check it out.  I've been enjoying her Vlogs! She and I have a lot in common,,,,from our Politics, to being Vegan, and loving to travel, in fact her early childhood sounds a lot like mine too...She has lived in a big city San Francisco, and now she lives in a 24ft RV....so check her out...Hopefully that will be me out there traveling again soon! It's a good channel.  I hope to make a new video or blog soon,  I have been in such a BLAH mood all summer...so hopefully soon the weather and my mood will change!

If you recall I made a story board of my trip to Alaska, always vowed to go back since we had a fast trip of just over a week...watching her Alaska post brings back some memories, so I figured I'd rerun this one from way back...my videos of our trip are the old school kind I did put it on a DVD but until I can figure out hot to get that into my computer it remains on a shelf! I may try to use my Fire Pad to make a video of a video? That would probably be awful quality..lol

SO anyway I took the highlights and drew it out...it was a lot of fun to do this..and Alaska was awesome..the bits I can see in her vlogs is the Wilderness looks the same but the towns, and areas around Denali have grown a LOT! Better get there again soon or it won't be anything like it used to be.  I want to drive there next time like she is doing.  Hope your summer is wrapping up well and your fall comes in living colors!

UPDATE: according to our news Florence is now headed right for the coast of SC and they have the track coming right over my area so we are preparing for the worst! Already there has been a rush on bread and other staples...I plan to gas up in the morning, and get cash at the bank...having been through HUGO and without power for 11 days I know what to expect...just hope the trees around us hold up!

The latest from our tv news

Present but not accounted for...

I'm not posting much! Guess you noticed...anyway you're not missing out on my life, cause it's currently on a different track.  Not to worry it's not forever I keep telling myself.  However I am reading your posts and trying to keep up.

I have not posted a new Bird photo to my Flickr Albums since the 14th of July! That is a record for me I do think...my interest has been elsewhere this summer, so I pulled these from my archives..to illustrate my point. 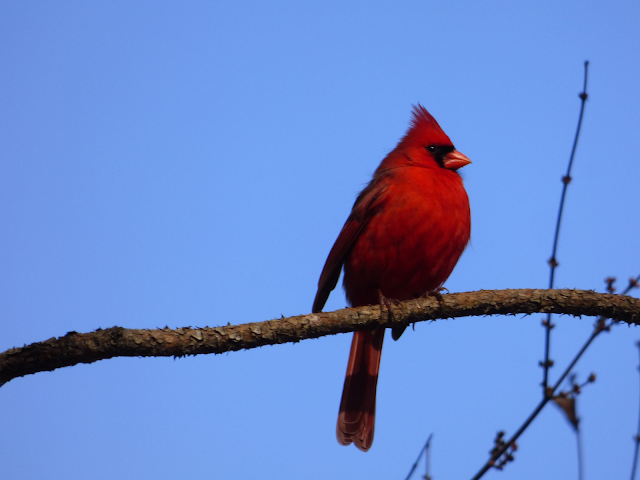 
Birds are in the Yard: 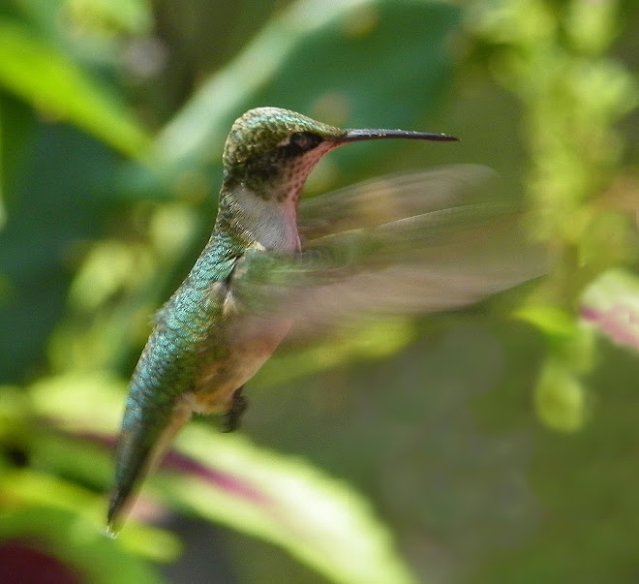 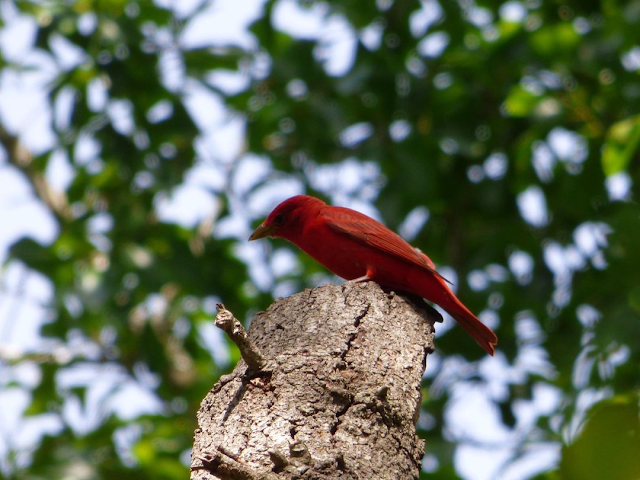 And the Tufted Titmouse 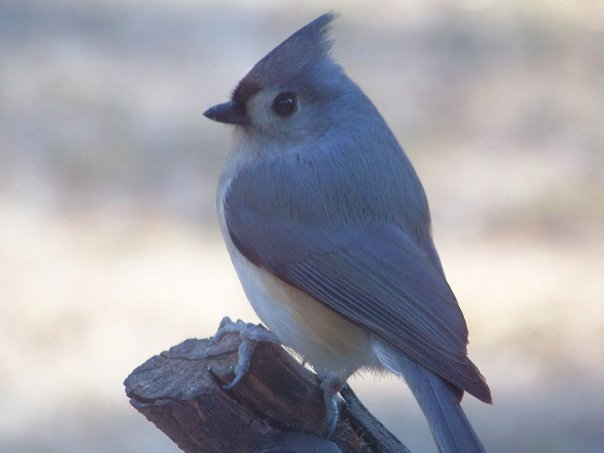 and soon my fall arrivals will be moving in and I'm sure to see some Black and White, Yellow Throated, and Yellow Warblers, along with Northern Parula, Hermit Thrush... no telling what else may pop into the yard on their way to someplace else! 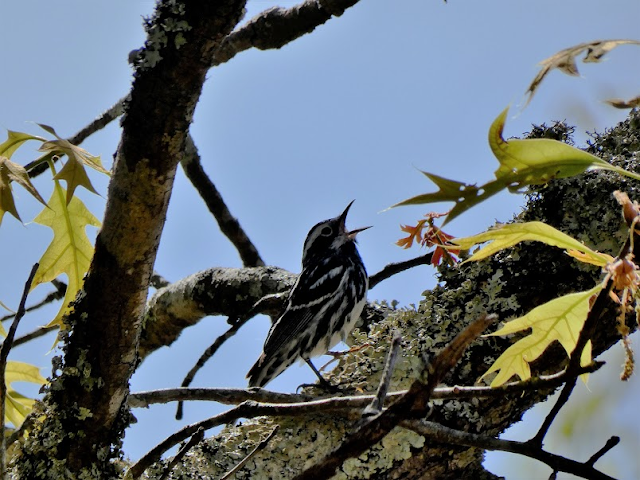 Phoebe's are good to keep gnats, skeeters, and other flying insects out of the yard.. 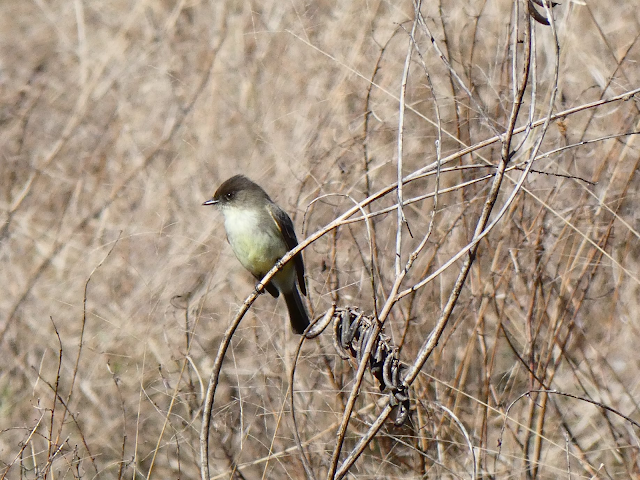 Deer: have had a large herd showing up in the pasture 8 at one time including 2 young bucks, and 2 fawns, now losing the spots and the rest does.   It's a real treat to see them come in to graze...the young bucks did a little sparing with each other...sometimes they jump the fence and graze in the yard. 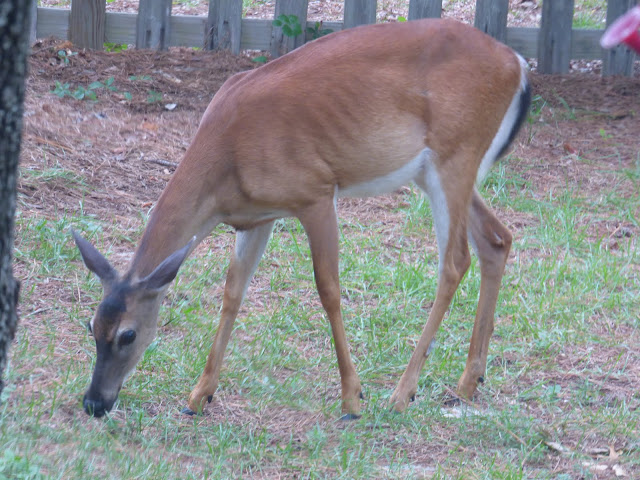 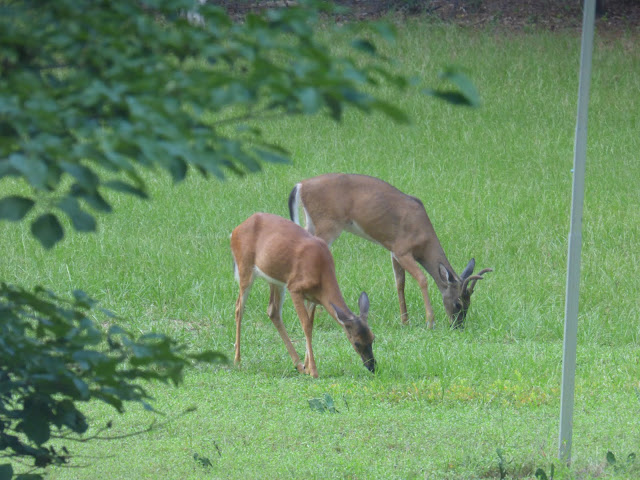 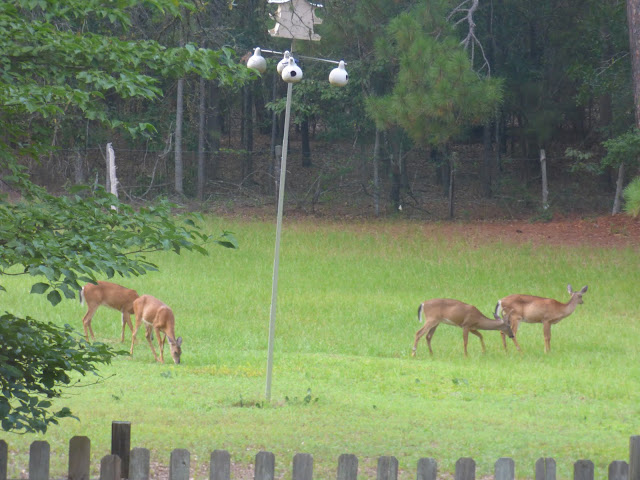 under the leaning martin house

This youngster was on the wrong side of the fence... 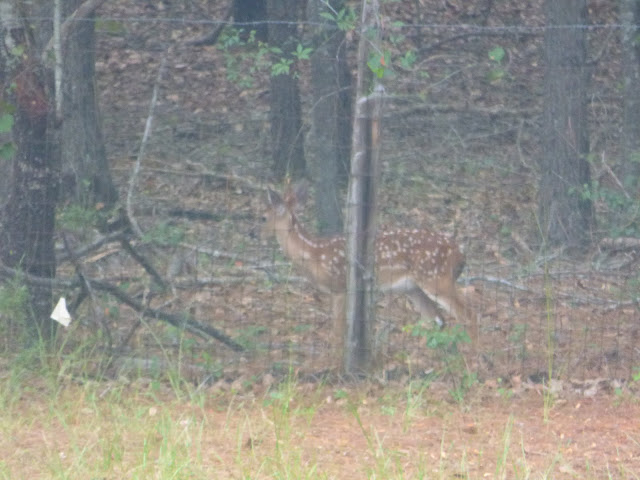 And the Golden Rod is blooming! A sure sign fall is around the corner.. 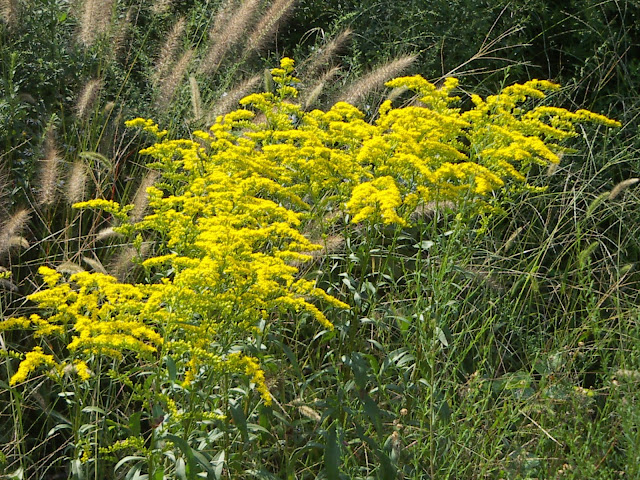 Got one more project completed..here's a video of my effort...I really have to get better at this video thing, I cut myself off in mid-sentence, I get my reflection too much..and some pretty poor editing...no Oscar forthcoming!
It was 100 degrees when I did this!

Sound of the pileated woodpecker in the background at 0.51 seconds kinda fun to hear it.  Along with other high piercing insect sounds!