A  Special Edition if you will In order to celebrate Black History month, this post is going to focus on the early African Contribution to our town.  And then on Friday back to the normal theme of my blog.
By 1787 there was 1,025 slaves in Camden.  By 1830 there was in excess of 8,300 slaves in Camden.  And by the end of the Civil War there was nearly 10,000 slaves living in Camden.  Slaves were brought from Africa Barbados  and Haiti  to grow and process Indigo through the Charleston Slave Auction House. 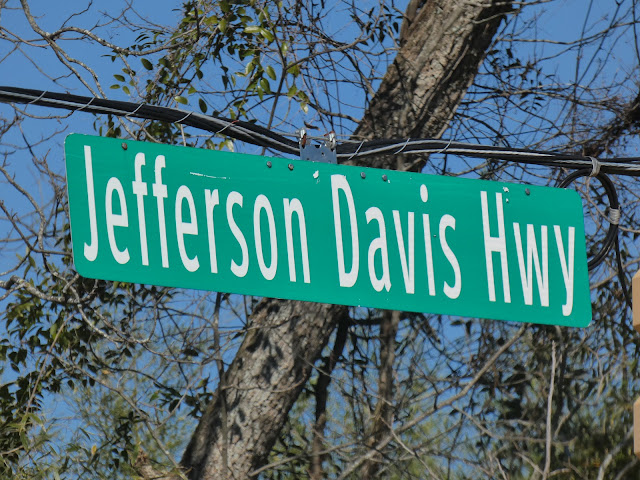 Not a good thing!
Slavery is a very dark period in not just our history but world history...So I hope to highlight the "We Shall Overcome" attitude of African Americans.
The first Black man in our town to buy his freedom was Bonds Conway.  Prior to 1820 slaves could buy their freedom or the freedom of a family member from the slave owner.  Conway was a carpenter by trade and built his own house on land he purchased by making and selling door to door  Gingerbread and Ginger beer.  He  also purchased his oldest daughter's freedom who had been born into slavery.  At the time of his passing in 1848 he owned an entire block in the city. 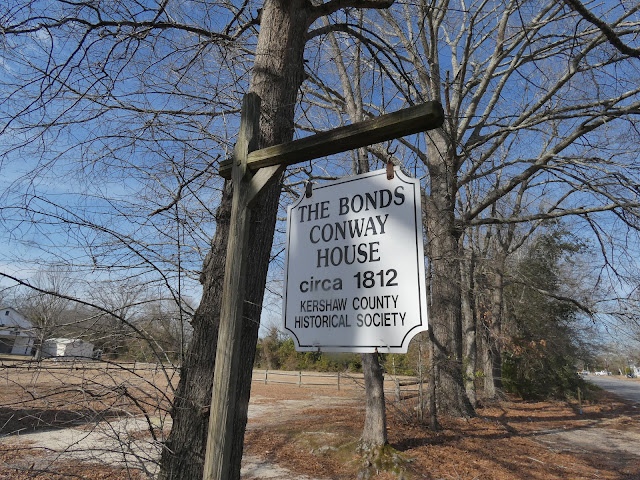 This is the original house it, was moved a few blocks to the current location...and preserved by the Kershaw County Historical Society. 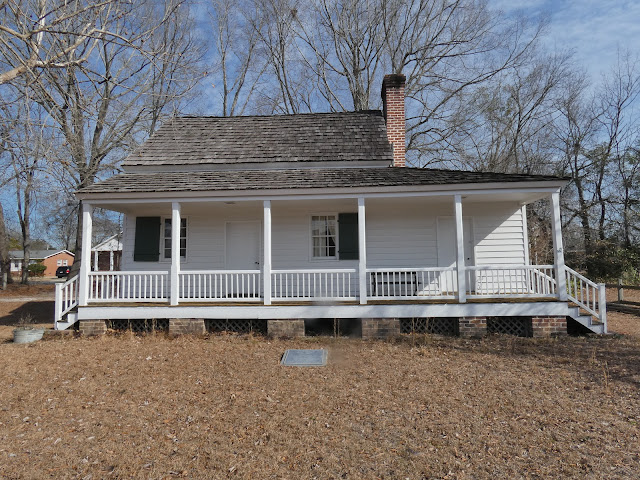 African Americans were enslaved, they were mistreated, they were murdered, they were held down in every way possible.  STILL they overcame!!   In their new found freedom to vote and hold office after the Civil War ended nearly 10,000 AA's lived in Camden and they were now the Majority and could VOTE. And they helped send the first Black representative to the US House in 1870 (Joseph Rainey) 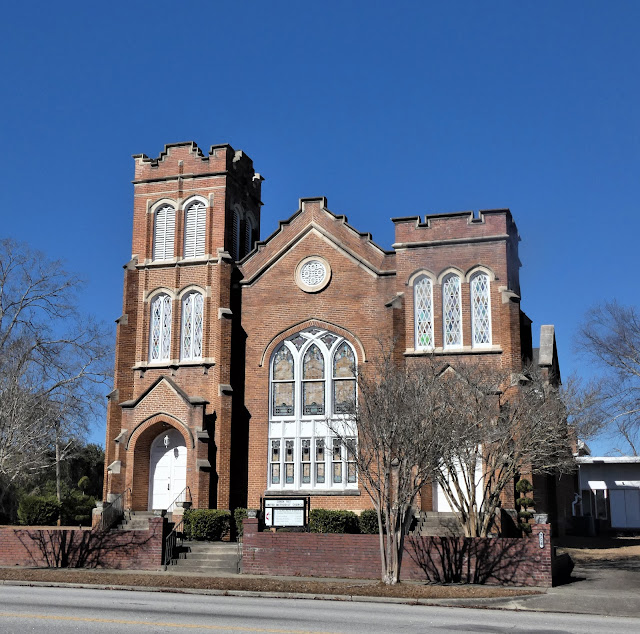 Trinity, Methodists Since 1872 has been a place of worship for African American's
African Americans united in the churches where they plan, organize, and preach the Gospel from the Pulpit...many ministers and reverends serve double duty as political and spiritual leaders. 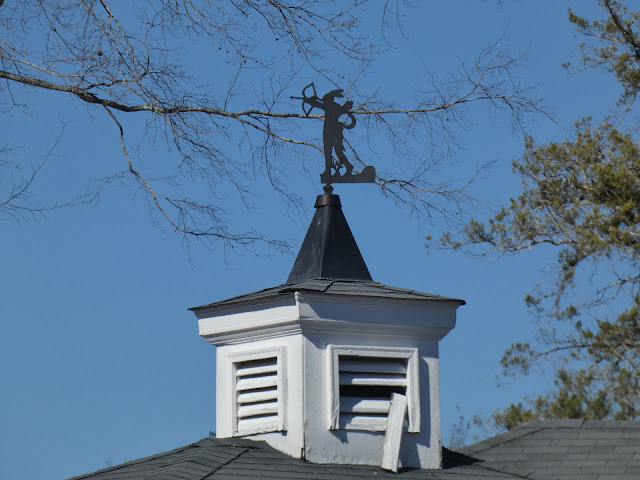 It wasn't long before  the revengeful whites adopted new laws (the Black Codes) to stop AA from influencing elections and  progressing and began to restrict their activities and labor.  Blacks codes such as, written evidence of employment each January and if they left before the end of that contract they had to forfeit their entire pay for the year....If they couldn't read or write they could not vote, or the Poll taxes they passed
where they had to pay to vote.   New district lines were drawn to weaken and  split up the AA voters, and in 1870 the KKK was established...and is still active today!! White Supremacist's groups rose up to intimidate blacks from voting and from gaining more political clout.

Yesterday looked much like today where voter suppression and intimidation is going on just like it did during  Reconstruction!   The Conservatives have the same motives now that they had then!! 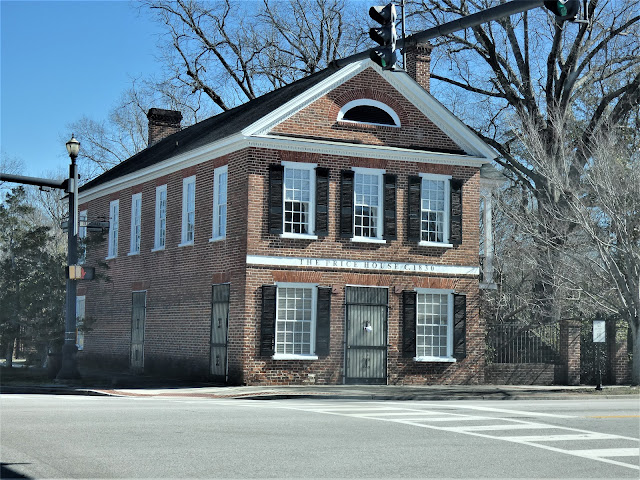 The Price House built in 1830 was a dry goods store.  Purchased by Susan  Price an AA business woman who ran a store on the street level  with her family, and they lived upstairs. The store ran through 1954. 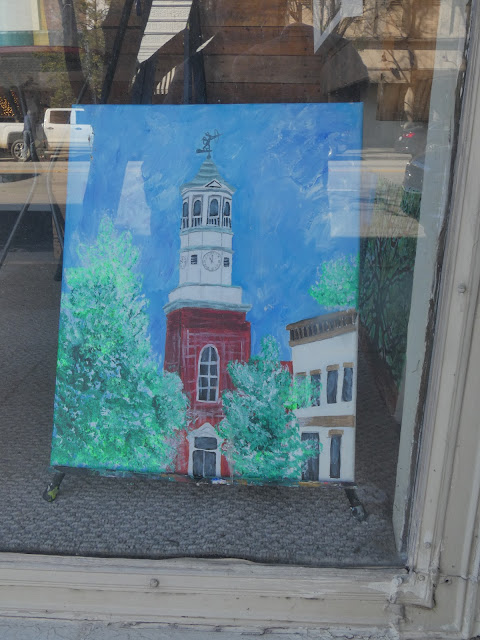 JIM CROW Equal but Separate and the Paradox
You are equal to me BUT......only if you don't drink from my water fountain you will have  your own fountain, you are equal to me if you have a separate wing in the hospital, or your own library, or your own stores to shop in and restaurants to eat in and barber shops to have your hair cut.  Jim Crow made life hard but it did not stop the spirit of the African Americans.  THEY overcame! 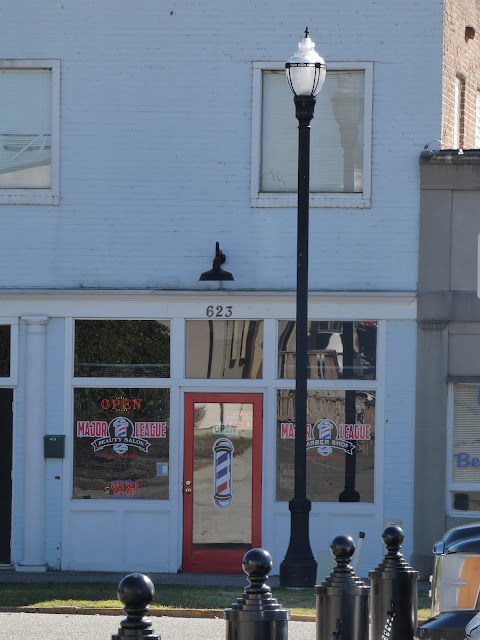 Having been denied the use of white businesses, blacks set out to  build their own businesses and not  to be depending on whites for their livelihoods.  They organized and built churches, schools, businesses and they did very well....MANY of the stores in our downtown district were AA owned. They were cobblers, they were barbers, they were blacksmiths, the trades passed from generations of  slaves now being done as a business owners. 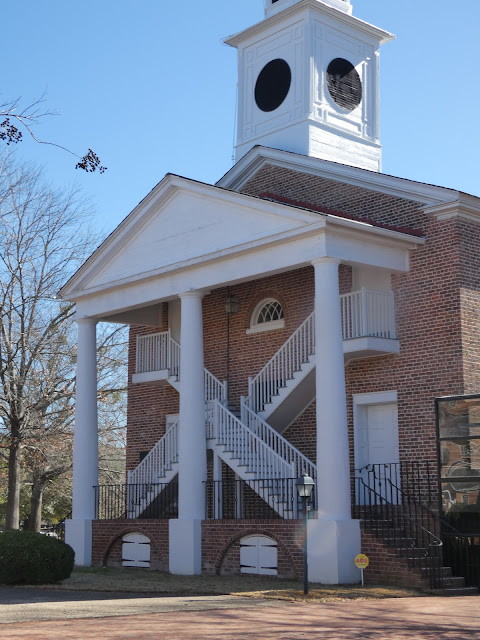 Double Standards
In front of Bethesda Presbyterian a German Hero is laid to rest in a tomb...but in back is 2 staircases to remind of us of  the way life used to be here in Camden.  One stair case was for the chorus and the other staircase was for Black worshipers to enter the balcony where they were "allowed" to  sit.

This is the  Black owned store of E H Dibble.  1891, it was a Grocery and Crockery store. 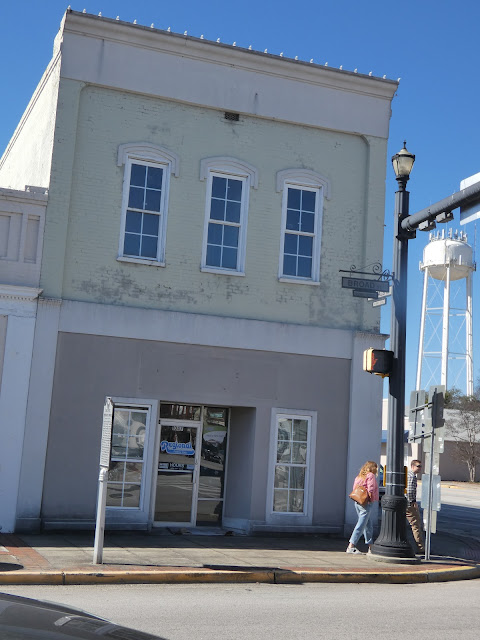 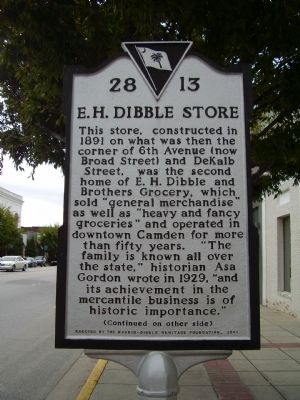 Black owned businesses  flourished up until the 1960's and after segregation ended some of the businesses could not compete and closed.   I lived in the time of segregation.  There was like 2 towns one above Rutledge St. for the whites, and one below it known as South Broad where black businesses lined both sides of the street for about 3 blocks. 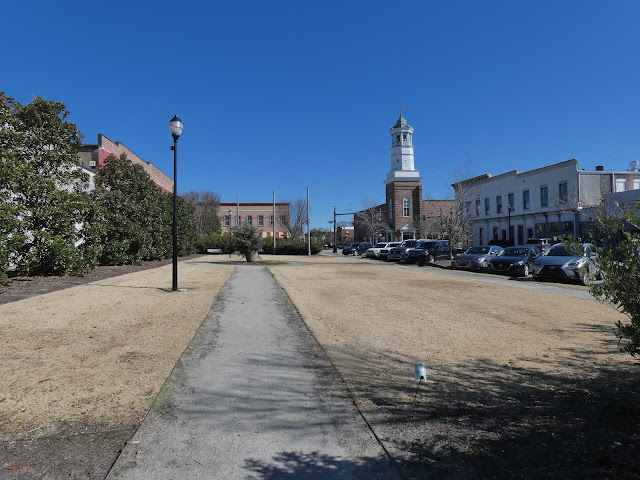 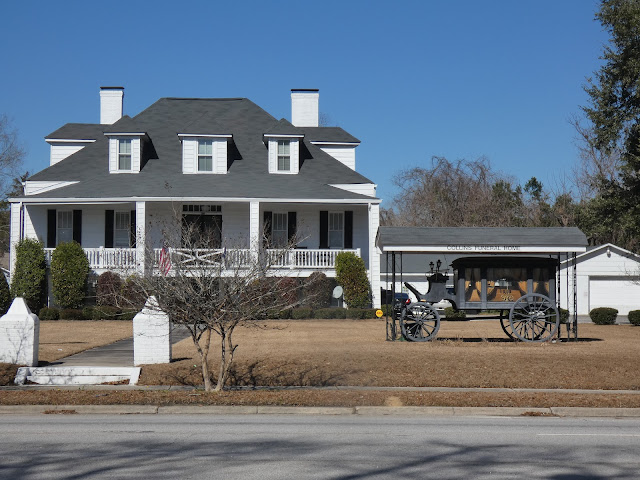 Purchased in 1889  by Elizabeth Collins and in 1914 her son Amon R Collins Sr opened Collins Brothers Undertakers for Colored People. His oldest son George who was a graduate of the Mather Academy kept the business going after the death of his father.  The Funeral home passed down through the family and at the time of George's death it passed to his  wife Willie Mae Collins, was my history teacher! She ran the Funeral home from 1975 to 1999. 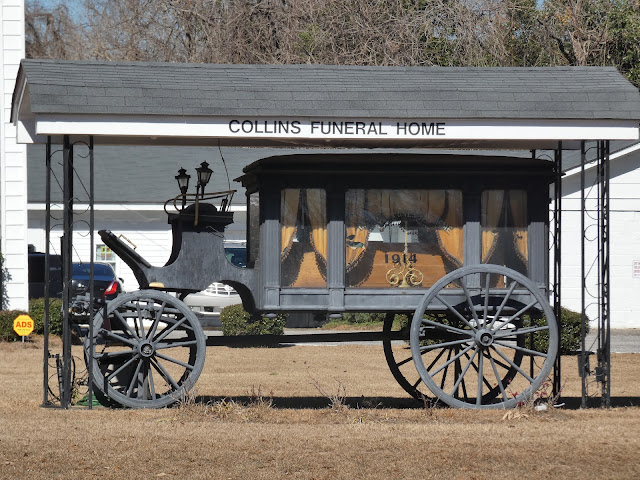 Since 1914
In our town there was a Private Boarding school for AA students...it was called Boylan Haven-Mather Academy. (1887-1983) A 23 acre allotment that had been the Lang Plantation was purchased in 1867 and the old Planation Mansion became the dorm for the students. 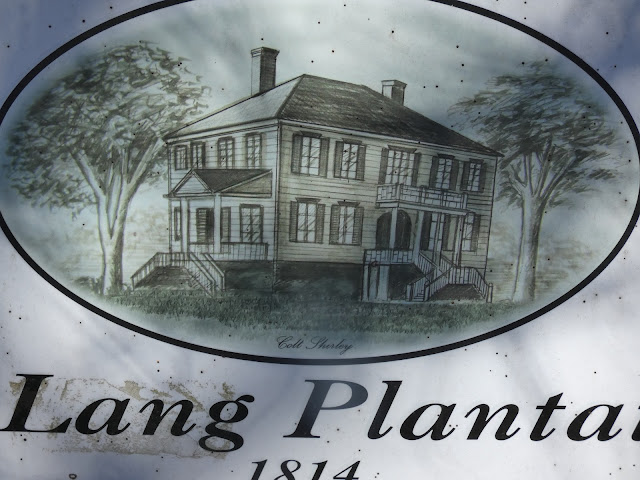 It Originally was the Browning School for Young Girls but eventually became the Mather Academy and taught both girls and boys K-12, the first school to have a 12th grade in our county...and one of the only 3 Class A schools in the state. The county was the only one in the state to have a Library for Blacks.  Graduates went on to colleges and became Lawyers, Doctors, Professors, Educators, Scientists, Politicians and Business Professionals. 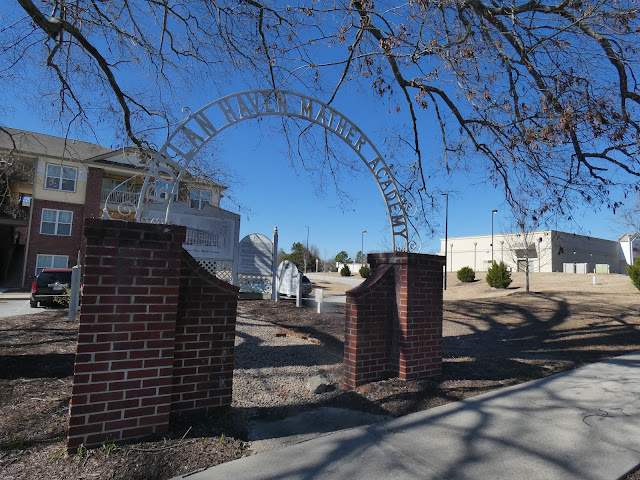 Unfortunately our town did not preserve this piece of history.  It was torn down and in it's place is a drug store an apartment complex, and some tennis courts.  This area is now called the  Campbell Street District.
The remaining buildings of Mather were torn down in 1993. 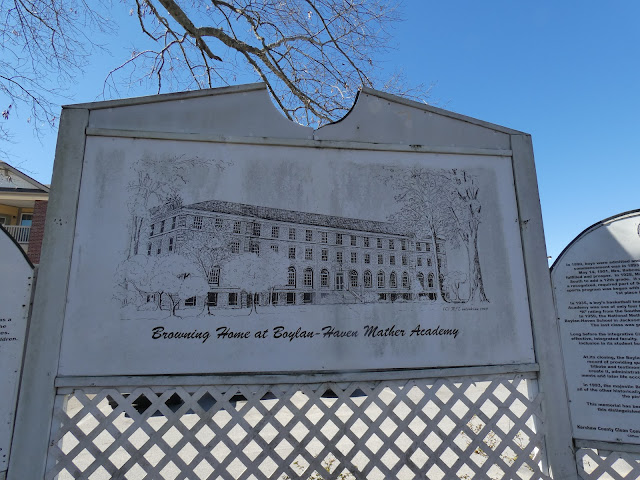 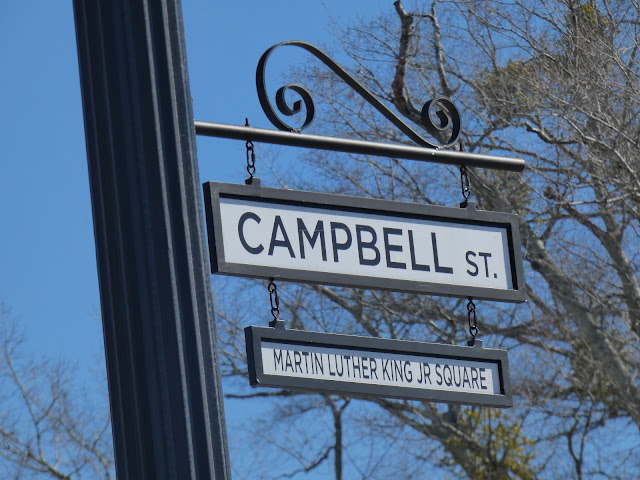 The African American Prince Hall  Masonic Lodge was founded in 1919 and this building built in 1948. The Hadoth Lodge. 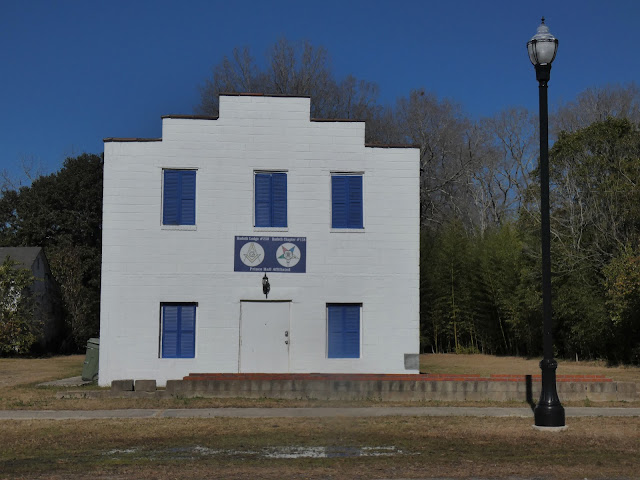 OUT of segregation grew a strong and independent population of wonderful capable people who built this country, who fought for this country, and who are the backbone of the progress  of this country.  If not for the demands of equality coming from black citizens we would not have the13, 14, & 15th Amendments, which is freedom from slavery, equal protection of the law, and the right to vote no matter what race you are, we would not have the Civil Rights Act, we would not have the Voting Rights act,  The Fair Housing Act, and maybe one day the Equal Rights Act will be signed  into law...  We would  not have a system that is open to be used by all if not for the influence of African Americans. 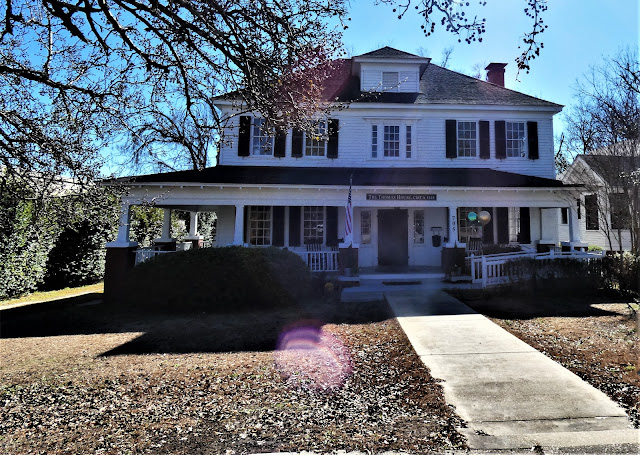 Dr J Horace an AA Doctor owned, lived, and ran his medical practice in 1911,  out of this dwelling, The Thomas House c-1848

Many of these professionals businesses, and shop owners and their generations to follow are buried here in the Cedars Cemetery. 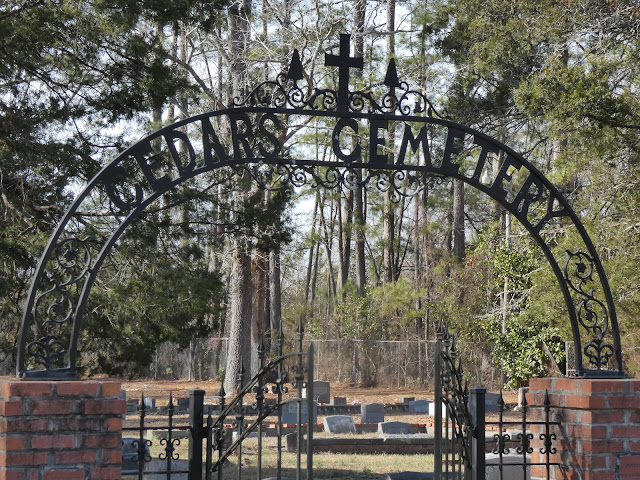 Thanks to the AA leadership and demands our Nation has made strides, and up until recently I thought we were about to reach the top of this mountain of racial injustice...but then 2016 happened.  ONLY together can we fight this fight AGAIN and it's sad that we  have to.  I know one thing with a strong force of African American  support we will  Overcome Again!!

The Williams House another AA Business owner lived here.  Mr John Williams had a successful grocery business on the corner of Broad and Rutledge. The Williams family resided here until 1968. 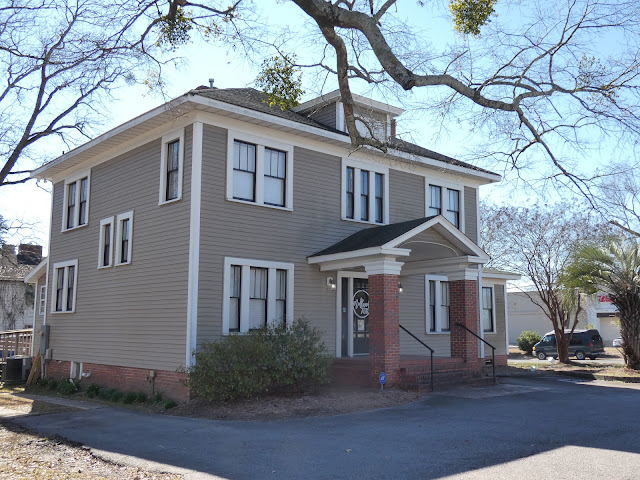 I for one just want to say thank you to African Americans who dug us all out of slavery,   AA citizens who fought for the rights to be a human, to be recognized not just under the law but in the eyes of all, who helped lead us into a future where equality is what we are born with, not Equal but Separate, but just EQUAL.  If not for those who got knocked back down each time they stood up we would be lesser of a country.
Im  happy to be sharing a community, a vision and a place we all call our
HOMETOWN. 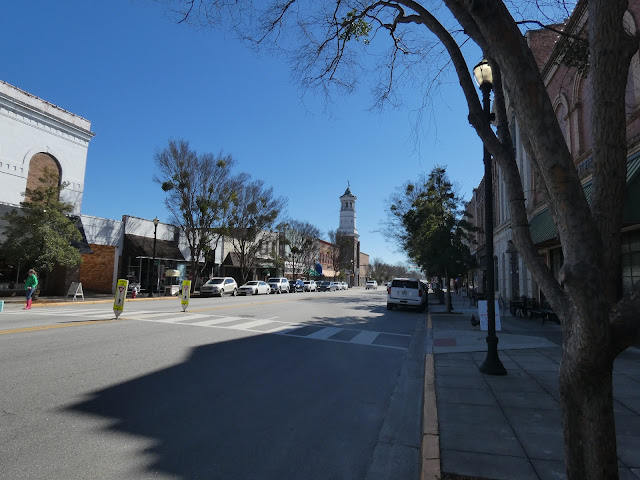 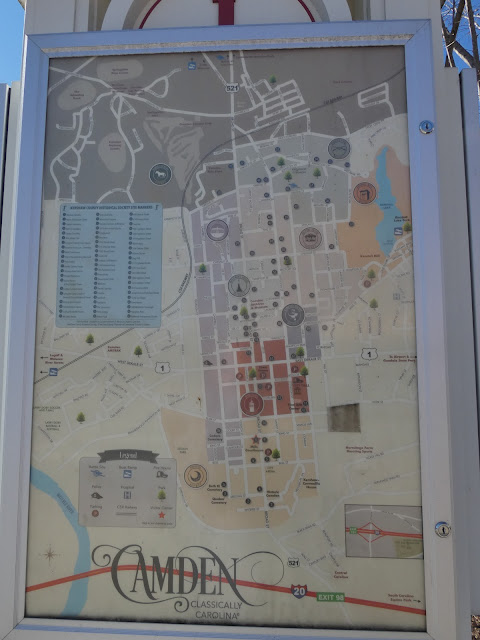 OK my History posts have come to an end for now...I will insert little bits here and there Im sure.  Hope you have a better understanding of the roots from which this town grew.  Of course Im not from here originally my family history is via
Plymouth Colony 1624  which I have mentioned in past posts.

I hope some of you will share the history of the area you live in I think its fascinating to see how and why we are who we are.