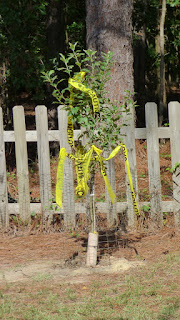 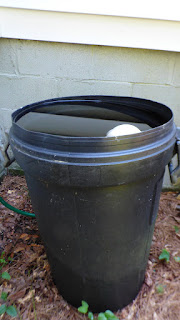 MY orchard is in the ground...wish me luck.  I will need it, the very first night some leaves were munched off the Apple trees and I saw deer track in the freshly dug soil!  I put yellow caution tape all over them it looks like a murder scene! Fortunately that won't hurt the trees as the leaves will fall anyways I just want to protect the branches.  One of the Apples had a baby coming up in the bucket,  it has a good root system so I  planted it to...so 3 Apple Trees!
We had rain yesterday filled my 30 gallon rain barrel in like 15 minutes!
The white thing floats so critters can escape...now it's full I put the lid on to keep skeeters from breeding.

and in dog gone good news my sister M, is a dog foster parent and she has decided to adopt the current foster she has..meet Nala a super beautiful girl!! 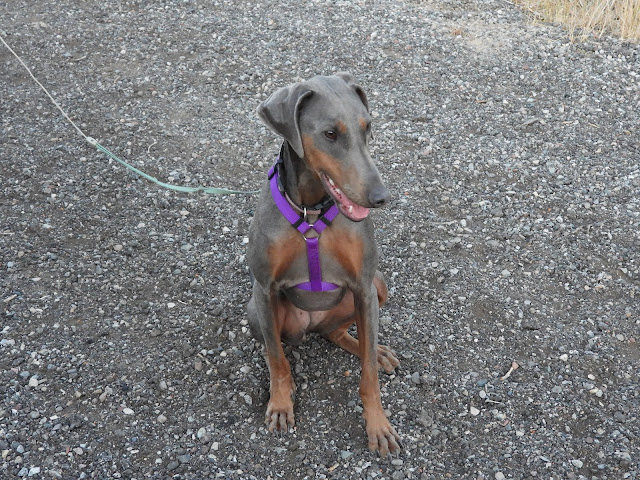 Im so happy! She sounds like an energetic dog who is fun to play with and a great walking pal.  And there is another doggie friend in our world and I think she has made a place in E's heart so now Jimmy (who is improving and getting the best care ever) has a yard mate, her name is Patches, and  I hear she is super sweet, she was homeless and my sis opened the gate and said come on it... 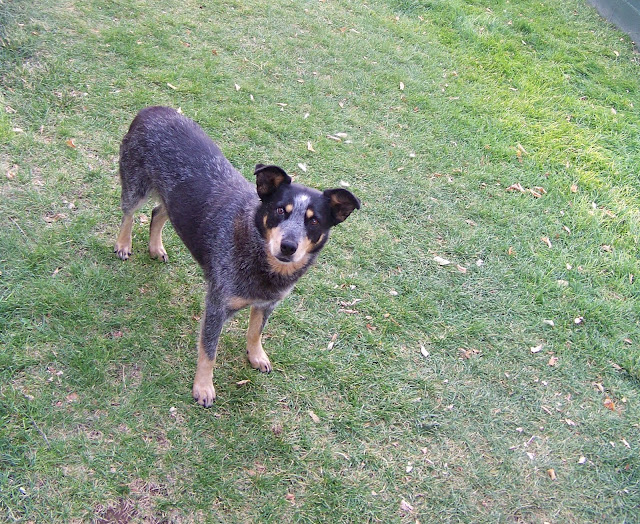 This is an immature Male Yellow Billed Cuckoo...I was happy to see 2 of them in the yard.  The adult I could not get a clear shot of...but this young one was visible. 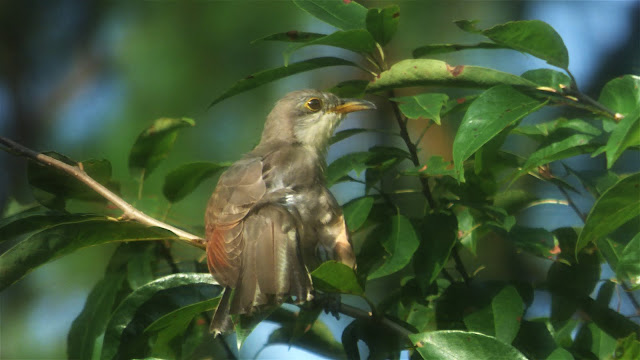 He was sitting at an odd angle with his back to me, so  you can't really see just how long he is! They are actually bigger than a Blue Jay... 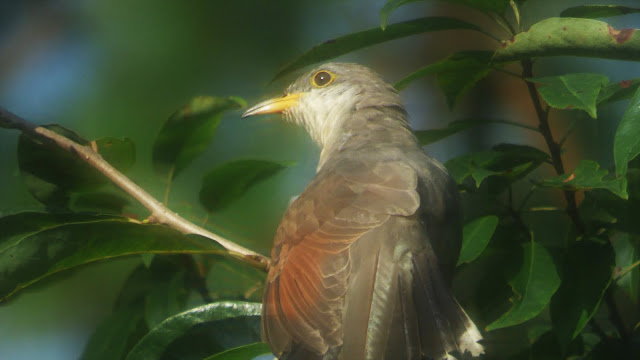 And almost at the same time along came an immature Great Crested Flycatcher! Another of the bigger sized yard birds, both of these species are Migratory birds and they will soon be gone! 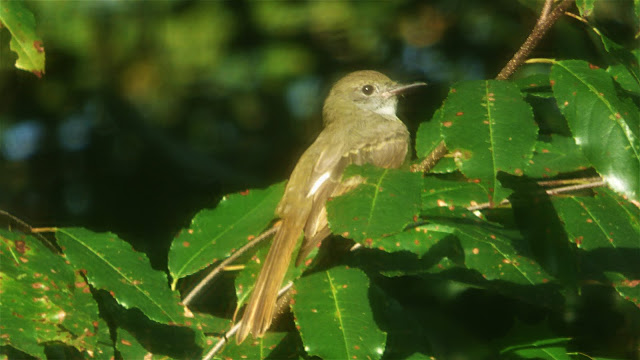 You can't see it here but this bird has a lemony colored belly and is a very attractive bird when in full color with those hues of rusty brown and tan, and yellow. 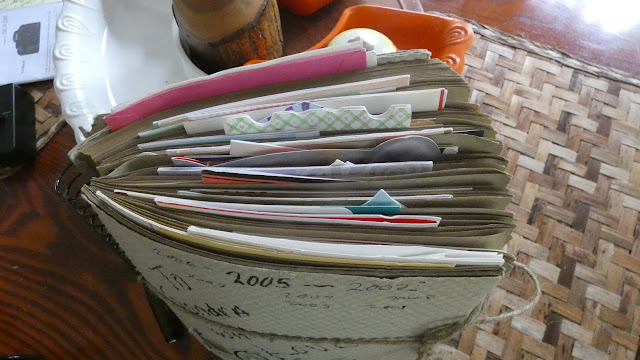 Im suffering for photos so this is just a photo of some of the many cards I have saved over the years...this is all full so now I have a box I'm filling.  I started saving my cards in 2005 but I have some in here much older than that..

I made a quick stop at the Riverside Park, which has been renamed Veteran's Park...they did all sort of improvements that did nothing to make it better for birding...in fact probably made it less attractive to birds.

They made a kayak launch and it says no fishing off the dock but people were...I don't think the County Council that oversaw this project got any community input on how this land could be used...There was picnic tables, now there is only one...there was shady riverside trails now there are none, there was interesting plants and edges, all mowed down.. They improved the entrance, put in all sorts of nursery plants, and yet I think some native plants would have been better and cost less to maintain.
...one especially nice tree that used to be along the forest trail they bull dozed down really made me sad.  It was an old tree that made an arch over the trail.

In the clear cut on my 5 miles has 2  vernal pools and today I saw 2 Little Blue Herons  there  when I drove to do errands, I did not have my camera, but it's a new bird for the clear cut area. 72 species so far.