October 5th found me still following the coast of Oregon there is so much to see there no one trip can get it all unless you have more time than I've allowed for this trip...but I feel like I covered Oregon pretty good I came in on the east side transversed it via the Columbia gorge then south to John Day and back up north and west to Hood and Portland, then off to Washington for a while then back into Oregon via the coast, and IM not done with Oregon posts yet! 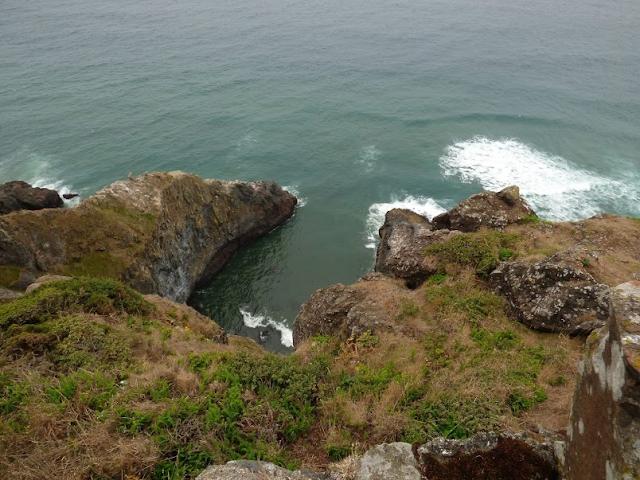 cliffs at Hecta Head Overlook
So the next  light house on my list was Yaquina Bay. It was used before the larger Yaquina Head of my previous post was built...the Bay Lighthouse was in use from 1871-74. Its part house! 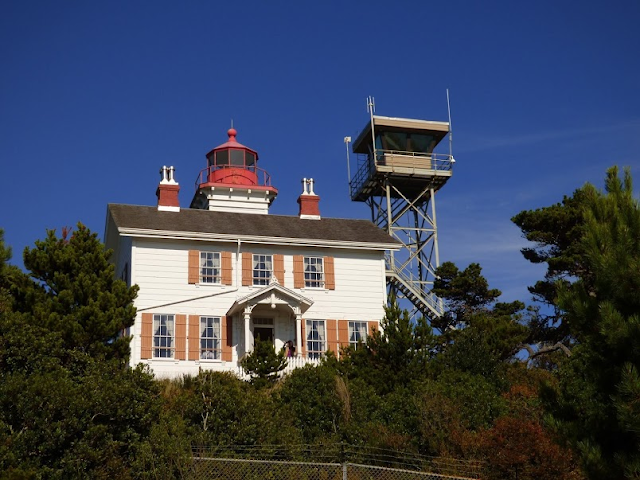 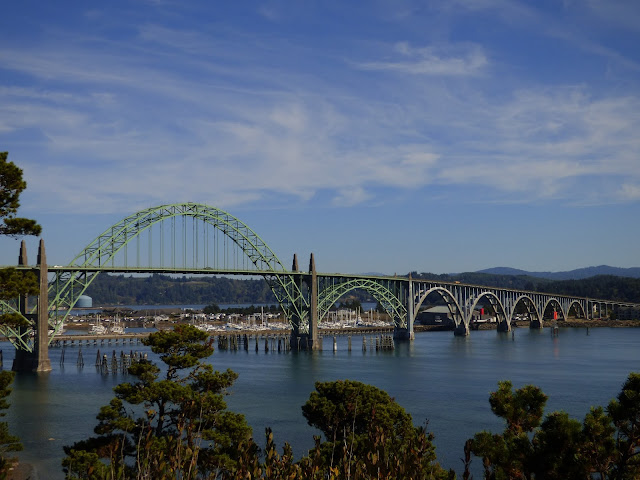 Once over the bridge many overlooks off the cliffs gave me good looks at more Harbor Seals and some brown California Sea Lions! 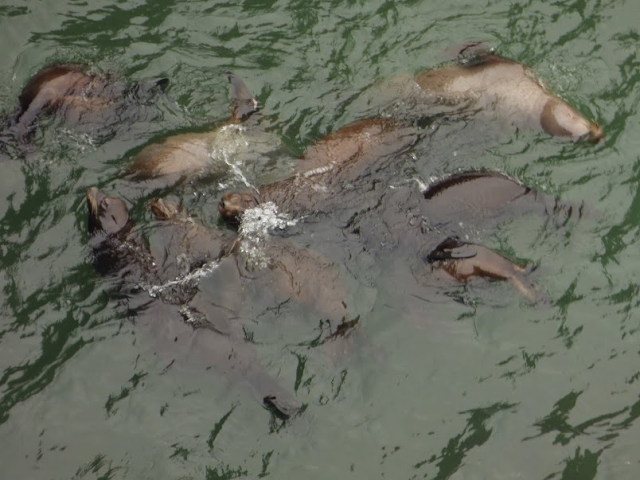 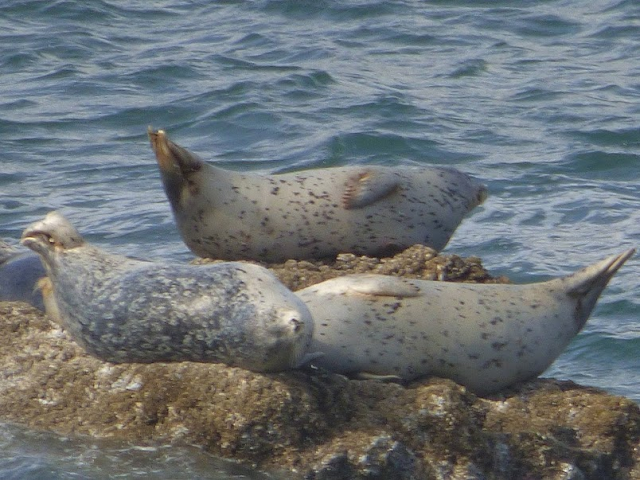 I stopped at Cape Perpetua to see the Devils Churn...a place where the tide crashes up into a small inlet and churns up a storm especially at high tide! 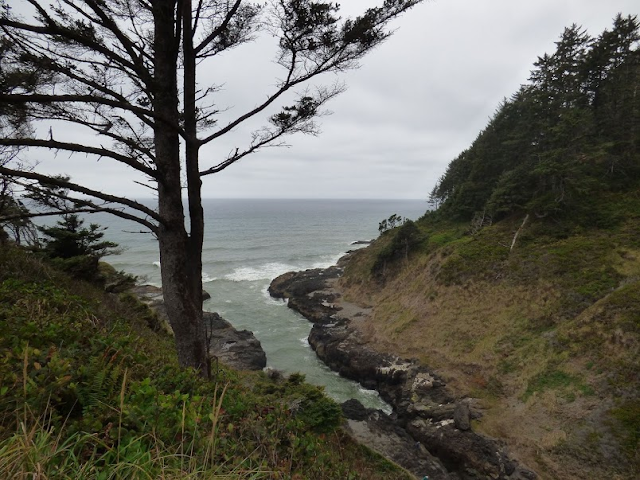 A little farther down the highway is the Heceta Lighthouse...you can go to the parking lot and walk up and take a look at it,  but it was currently not on tour...I went to the beach ...but the lighthouse was not visible from the beach! The B & B  house was nice looking... 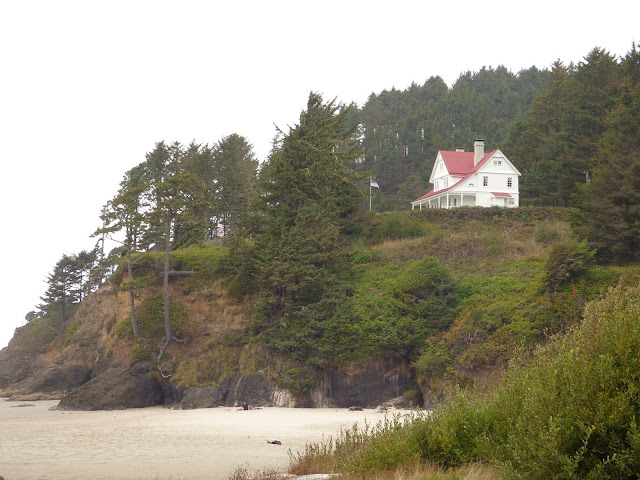 Out on the rocks I found yet another new bird for me, the Black Oystercatcher as he fiddled through the barnacles... 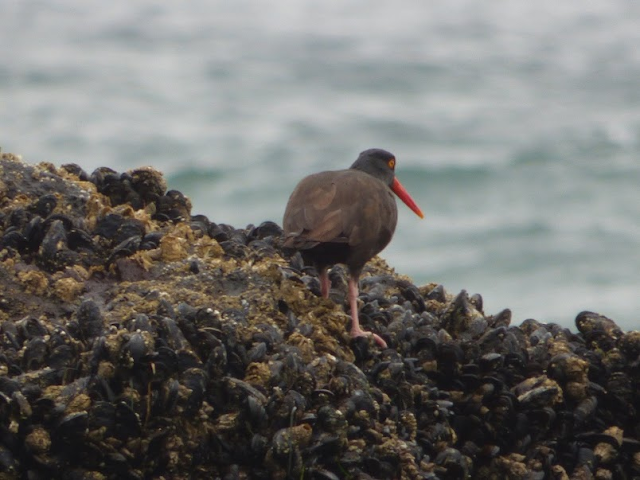 Two of them picked at a meal....I needed to cross yet another bridge to get a better look at the Heceta Head Lighthouse...here is the DLEX by the bridge...Casey is in there watching me from the big window..lol 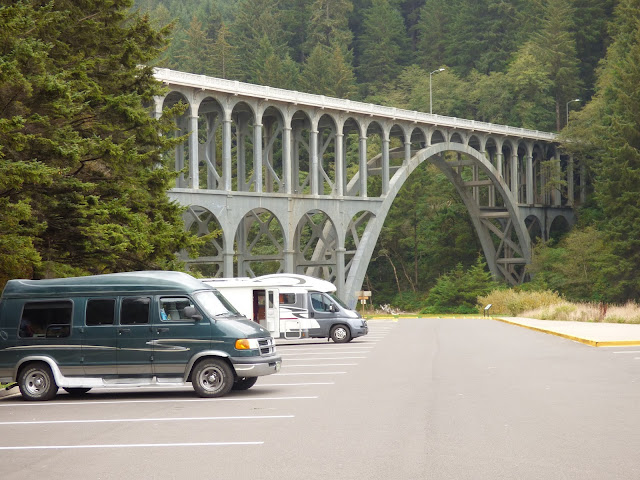 With another van that had 2 very barky Pomeranians in it! Over that bridge up a hill around a couple curves is the best look at the Heceta Head LH. 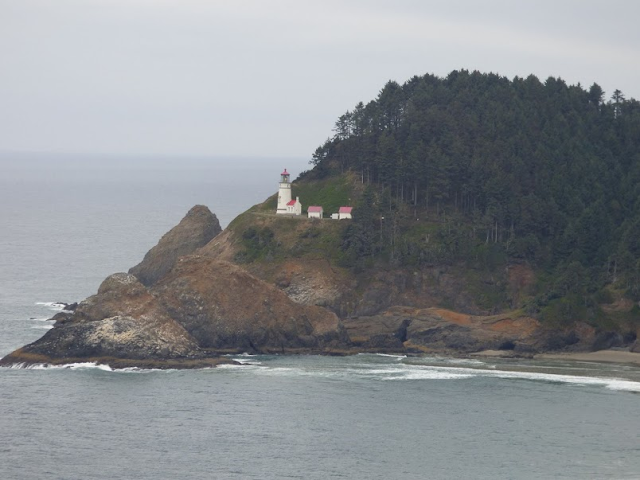 Now you can see why its not a good look from the beach nearby the lighthouse sits on a 1200 ft cliff!
and a little closer look...with the light on! 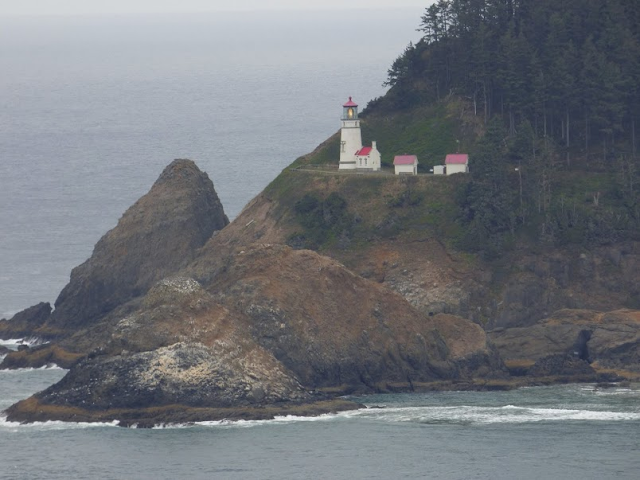 Its an amazing view! 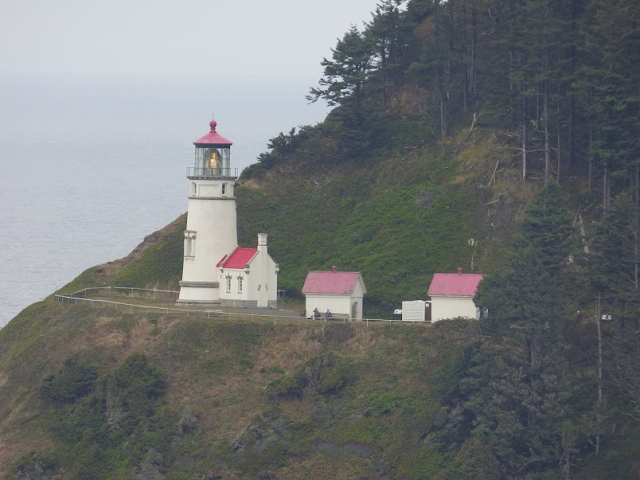 A little farther down the road is the Sea Lion Caves but sans Sea Lions...so I stopped and visited the gift shop but didn't go down in the cave...no sea lions and they were only discounting the price by $2 but you got a rain check if you come back around Thanksgiving when the sea lions reappear.

I took this video of the sea lions I had seen off the coast at Seal Rock...just ignore me talking I was talking to the woman standing beside me...we both decided video was the way to film this swarm of sea lions

That night I camped at South Beach Campground they had a nice shower house and the next morning I headed inland for more exploration of Oregon!