The Zombie Apocalypse is here...

A good weekend for me...Mom had been away visiting in Greenville so I met up with sis and Mom in one of my favorite Mexican eateries in our town.  One thing we noticed is how few of the people sitting at tables and booths around us were conversing...Most were staring at the dang cell phones! They looked like Zombies all heads down mouths open and under some kind of "spell" 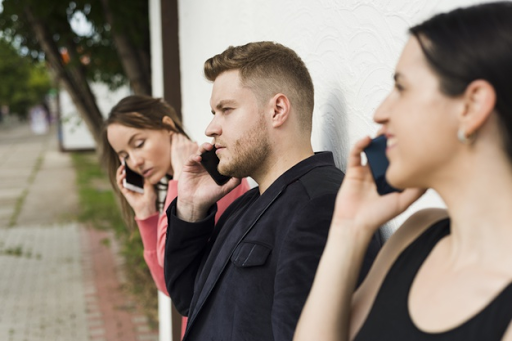 Geeze....How rude! I know its the 21st
century but each skill we don't use we lose! I spend quite a bit of time alone or with Mom only and conversing with her is getting harder, have to keep it very simple, just regular stuff or she gets confused...then I get confused trying to un-confuse it...lol  So when I get a chance to actually have a conversation with someone it's exciting.  I sure as heck wouldn't sit there and say nothing if the person sitting with me was interacting with their Phone more than they were Me, I'd call them out and tell them to turn that thing off or I'm going home to talk to myself!
Okay well just an observation of how I see it,  So aside from that exciting event, I had a new bird right in my OWN BACKYARD on Friday morning! Just really made my weekend! I saw this dark bird in the back yard tossing leaves left and right and I knew I had never seen one like it before so I ran for the camera.. He has a mask like Zorro...looks like one of those Angry Birds I saw on the internet... 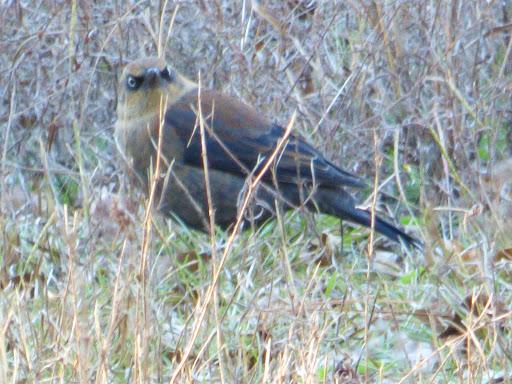 He was so busy it was hard to get a decent photo of him..and Annie wanted to follow me around but amazingly the dog didn't scare him off!  He was finding a few goodies under those leaves... 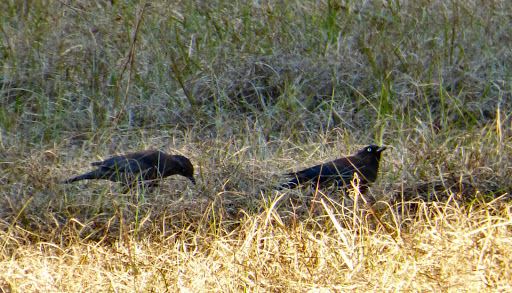 I made a quick video of him and he began calling...and then he flew off with a buddy who I didn't see until they took off headed east!!


It was so cool to see this bird...and to see my sis and have Mom back home!

PEACE
Eleanor Roosevelt: You must do the thing you think you can not.
at 10:54:00 PM