Im kinda excited about the new format of my blog..because I usually host my photos over at Flickr and the medium size is about the right size for sharing here on the blog however I always had to resize them to 400 pixels in width..now I dont have to do that so it should make it easier and faster to get my blog post done BOY its hot...too dang hot for man or beast so the girls are inside sharing the AC that has been going full blast since I arrived back here from traveling...once it gets hot here in SC it stays till after labor day. I wanted to post a bit more about some of the highlights of my trip...so this time I wanted to share a visit to the town of Window Rock Arizona. First off Window Rock is the Navajo Nations Capital- and the center of business and law. I found out about Window Rock by reading Tony Hillerman novels I am a big fan of his work and I decided to visit some of the places he wrote about in his Jim Chee/Joe Leaphorn novels. Window Rock is mentioned time and again by Hillerman. The day I drove up from Gallup and it was COLD and windy, the elevation there is just under 7,000 ft. This is the ROCK that gives the town its name and its located directly around the municipal buildings that house the government of the Navajo Nation and is a sacred mountain to the Navajo People. 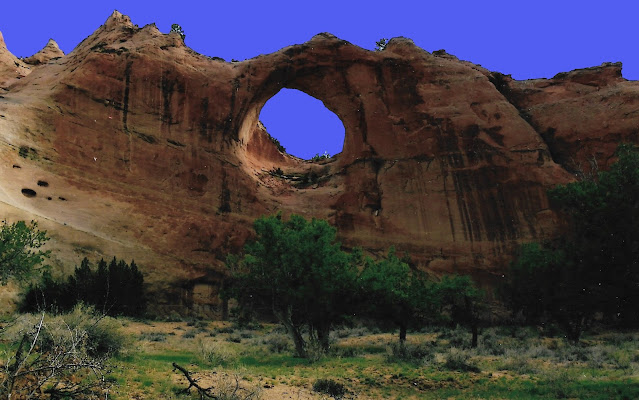 Its quite fantastic looking!! 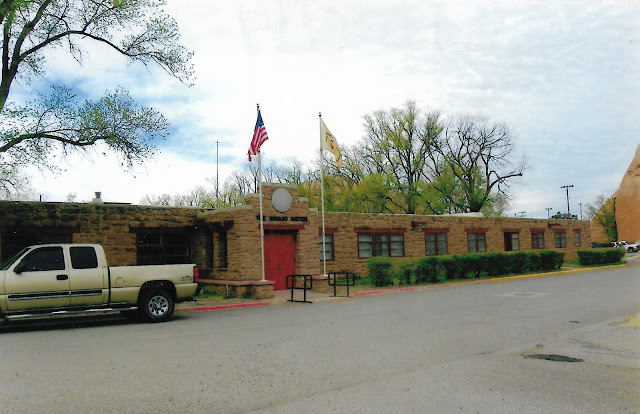 The main capital building with the Navajo and US Flags flying...

Slightly north of here is Fort Defiance which I did not go see..but I did stop at the Veterans Cemetery just outside of town...since it was getting close to Memorial Day and I paid tribute to the fallen Navajo

heroes when I was there. 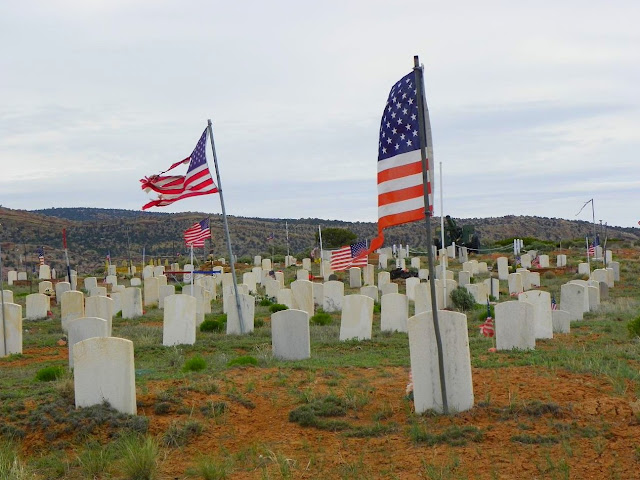 The Navajo's have made a huge contribution to the war efforts on behalf of this country...and that should never be forgotten. They used their language to create a code and this code saved many lives during WWII-this statue commemorates that effort at Window Rock.. 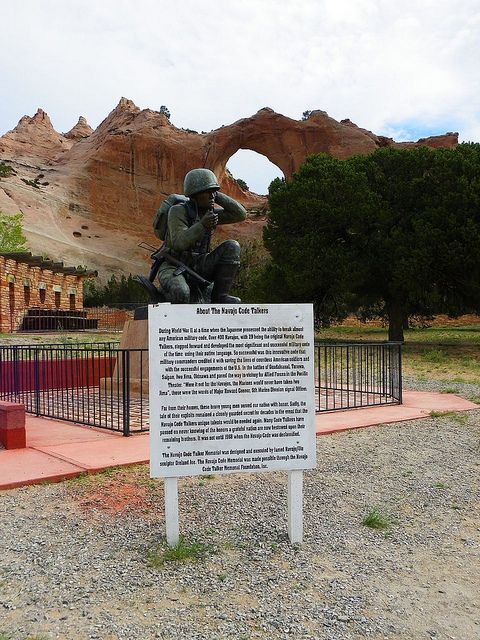 This is the Council Chamber Building...i like the fact that its made of Navajo Sandstone and it blends perfectly with the natural stone of the rock formations. 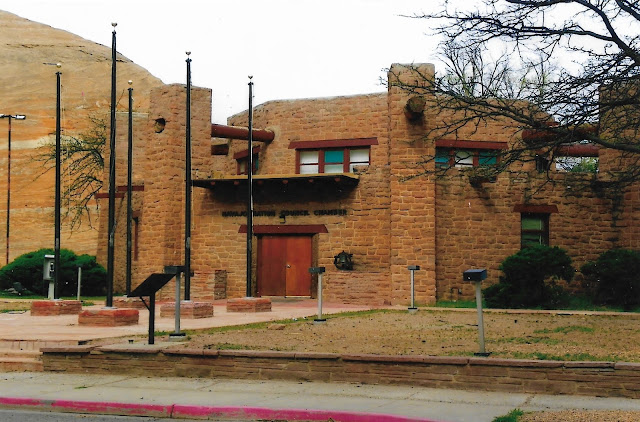 
and this is the Seal of the Navajo Nation...I love the simplicity of it.. 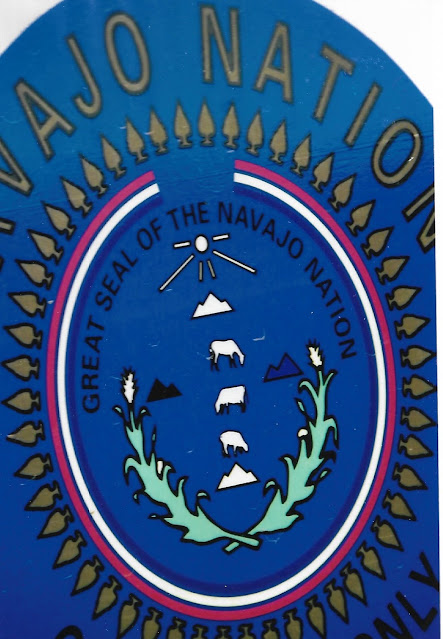 I walked around and took photos of the beautiful rocks surrounding the area...besides the sacred Window there are other unusual formations nearby this one is by the parking area...thats my Blazer 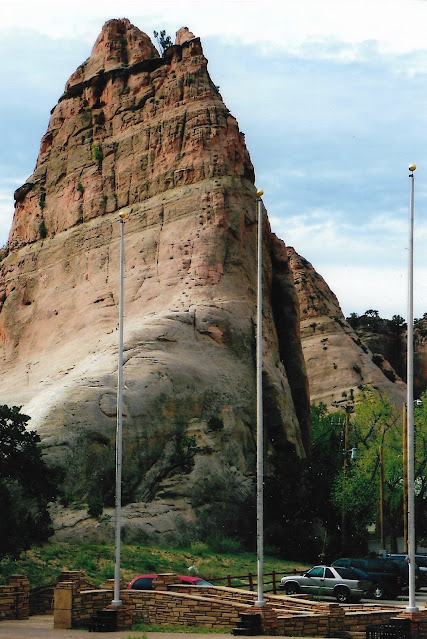 I found out by speaking to a couple of men who were also at the rock that day they are just as disillusioned with government and politics as the rest of us are, the modern day Navajo faces the same issues we all face in this modern world.
One man told me he had voted that day in some of the local elections...I asked if he felt good about his vote..this was his reply--Now you have to imagine him telling me this story in the slow traditional way the Navajo have of speaking, he said, "I feel as if I flipped a coin, and it didnt land on heads or tails, it landed up on end, this way," he demonstrated by holding his hand at 180 degrees on its side. It was quite funny!!

The other Navajo was surfing the web on his laptop thanks to the WiFi of the Govt buildings right there... and threatening to put me on his facebook...YIKES I took my leave after that!! Heading south on Hwy 191! 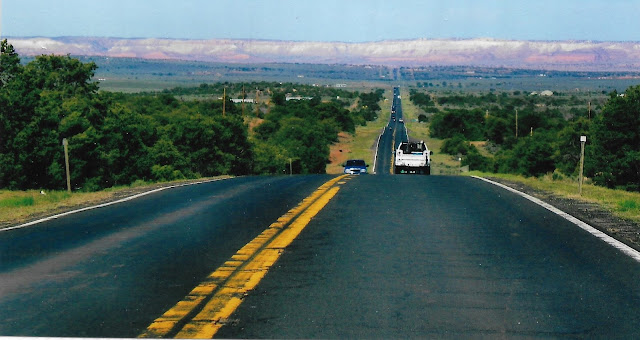