Is this the world we want?

War, Violence and Hate don't belong here...why do we tolerate that?
This weeks episode of MY Life is a couple roams around  my neck of the woods, literally, and the birds I saw and some other bits of nature...including this Celestial Event. 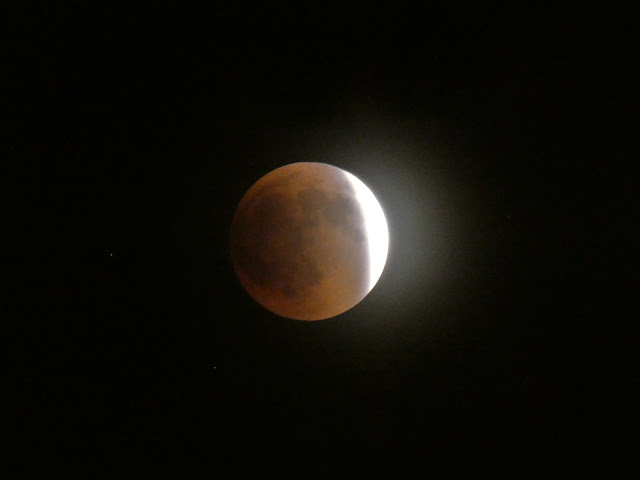 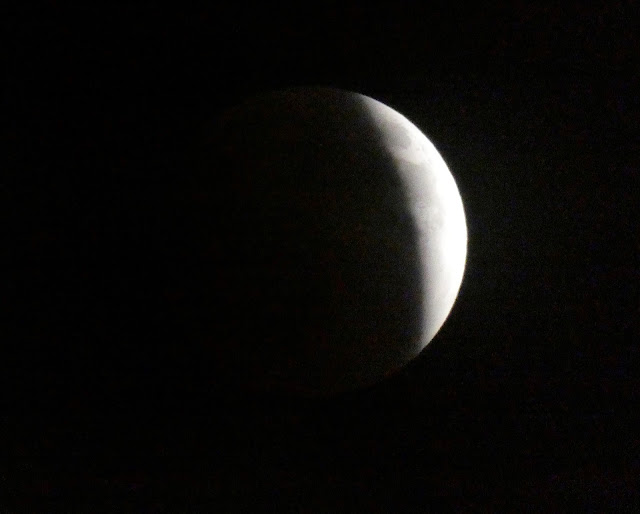 I did not hear a wolf howl but I did hear the Eastern Whip-0-will...

I enjoy quietly listening...you can learn so much by listening, a practice I should put into play more when dealing with humans, but to be honest at this season of my life...I'm not impressed with humans...my family and my few friends on the web is perfect, anymore outside of that circle  is well...
Black Water Snake 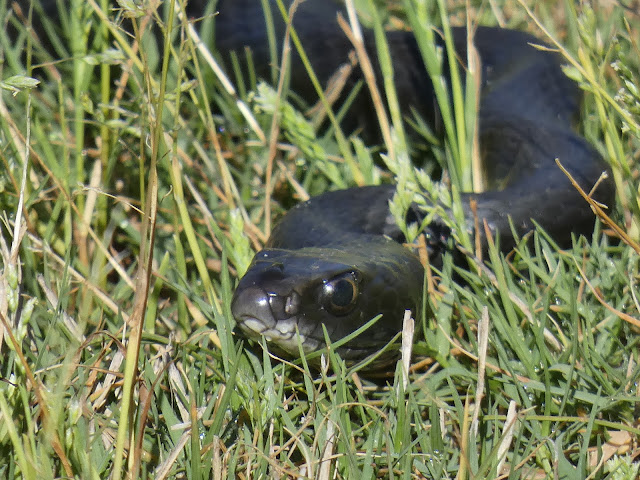 Scary to be honest.  Stephen King says stick to what you know he is a pretty scary guy so he should know....I agree so I just try to expand on what I know, this leaves me mostly in a place of peace! 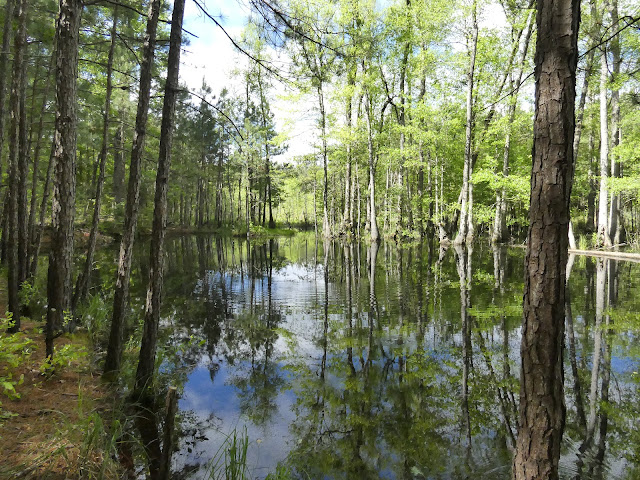 This is a wood-zee-pond that sits back off the road a little is a beautiful spot It is however on Private Property I trespassed for just a few minutes and plucked a Yellow Throated Warbler out of the canopy...while he plucked a caterpillar off a branch... 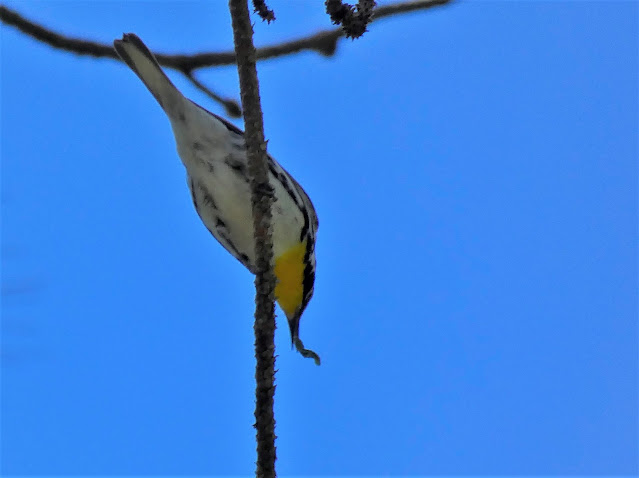 A Prothonotary was singing loudly also  as he came to scold me for trespassing, 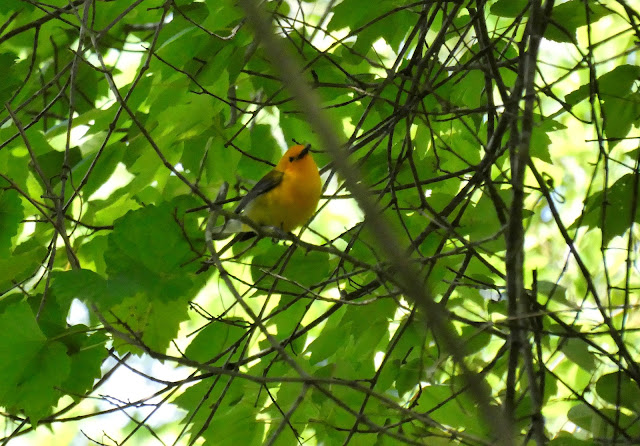 I hung around there for about 20 minutes before moving on down a nearby dirt road to this field that is one of my new birding stops... 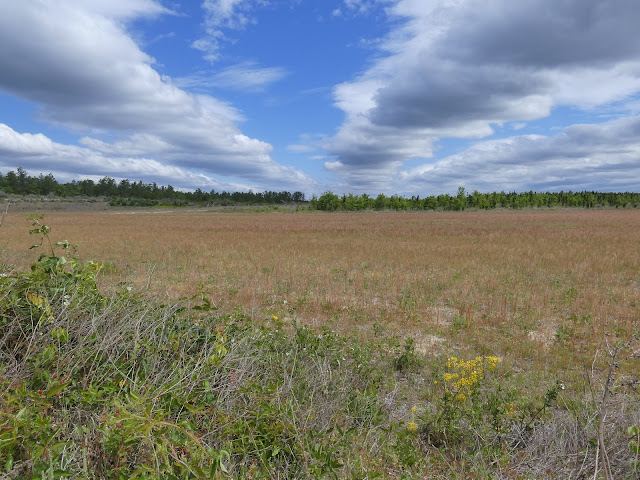 It's on private property as well but I stay on the county maintained road...and bird the edges... with my binoculars I can see pretty far without going on the land...This Eastern Towhee came out to sing his solo for me.. 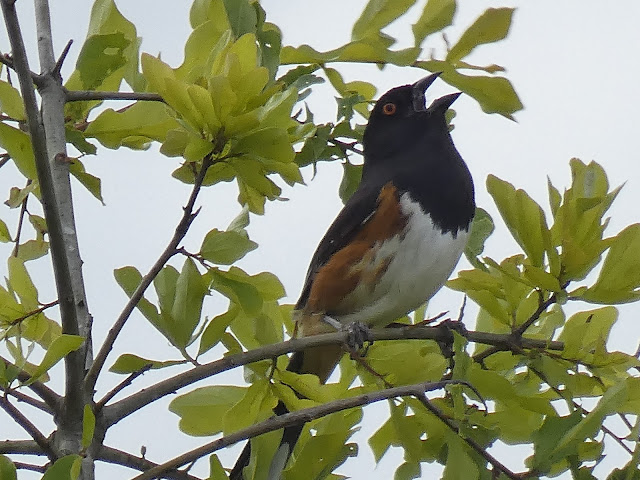 And quietly  giving himself away is the Blue Grosbeak, sitting high on a stalk checking out his hunting grounds...thick conical beak, and rusty wings.. 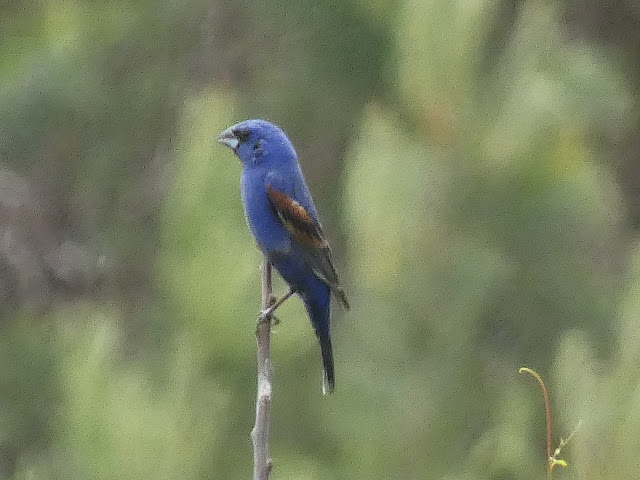 the Brown Thrasher hid up in the leaves so he could get the upper hand on viewing me, sneaky but I still grabbed a shot of him when he looked away for a second with his keen yellow gold eyes...notice the chevron specks on the chest.. 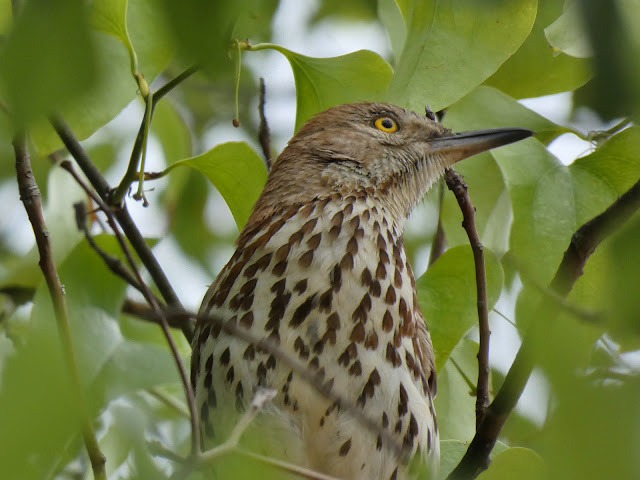 They are mimic birds that repeat other bird songs but unlike the Northern Mocking bird, they only repeat it twice like TWEE TWEE, KISS, KISS, etc...so that's one clue as to what you may be hearing.
The Red Eyed Vireo repeats the same thing over and over it sounds like "Here I am Where are You?"  These can easily be mistaken for Tennessee Warblers, since they look alike, so the song is a key ID feature...and the eye of the Tennessee is dark like almost black. 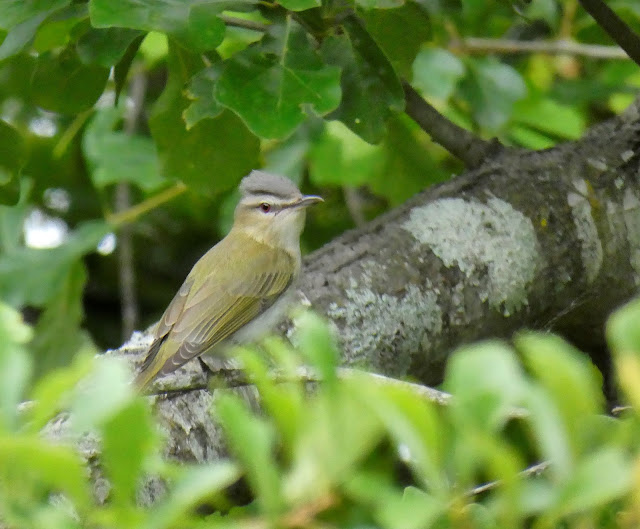 Later in the week I went to Sandhills, it was the last of cool days in the forecast of the week....so I left early...packed a sandwich and arrived in time to find a Spotted Sandpiper walking the pond edge looking for his breakfast...there ended up being 3 Sandpipers only one wanted his photo taken... 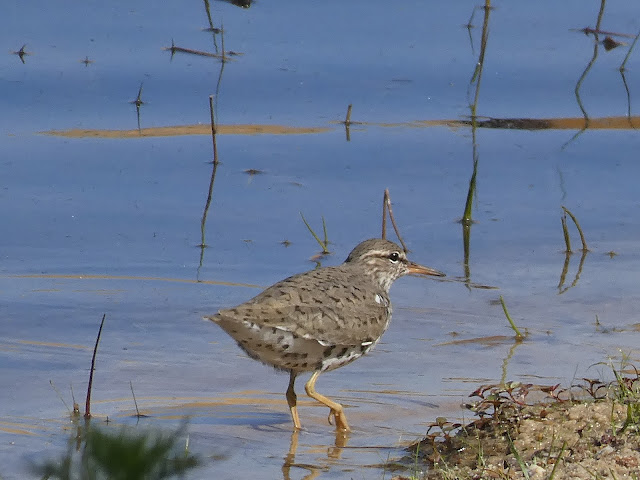 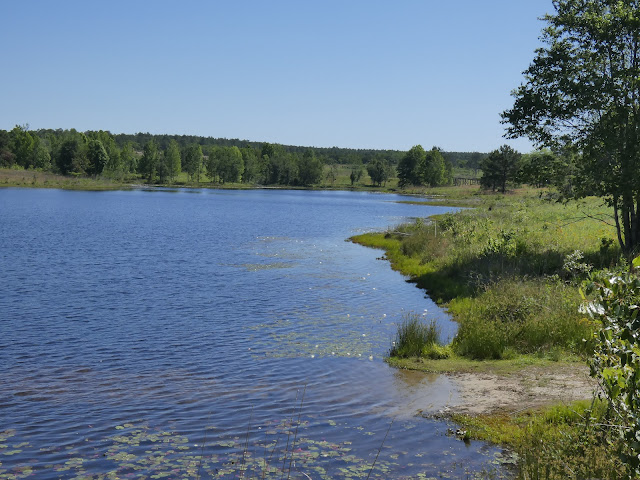 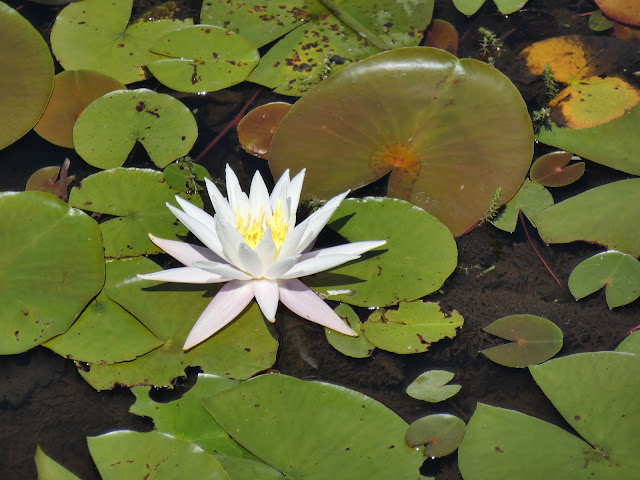 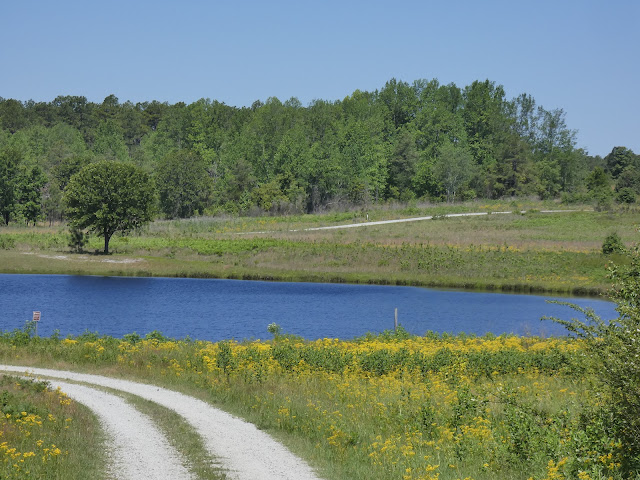 This area has thickets of plum and blackberry and so that means fruit loving birds like the
Orchard Oriole are abundant... 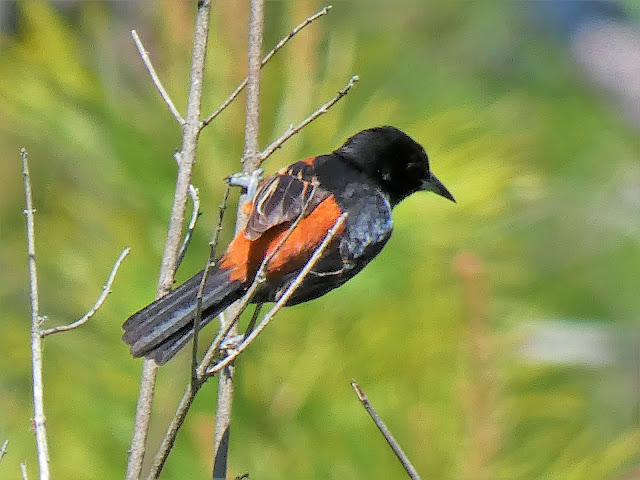 And with many snags to build in and feed on Red Headed Woodpeckers are also abundant.. 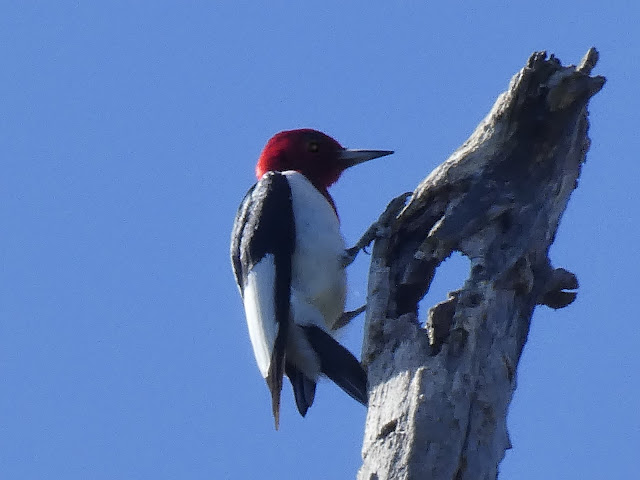 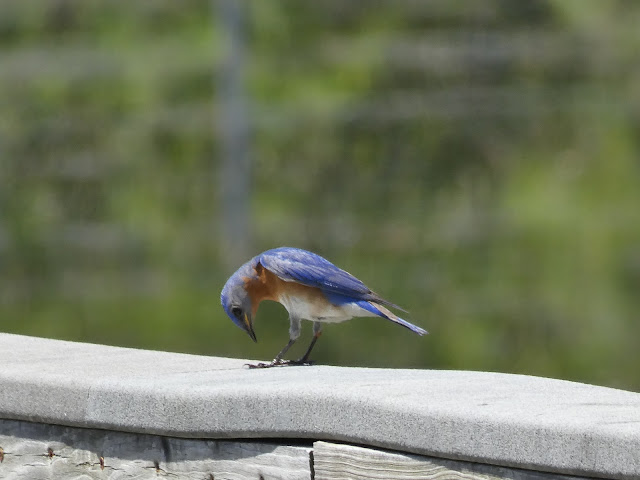 And lastly the Carolina Wren who is another great singer and a small dynamo! 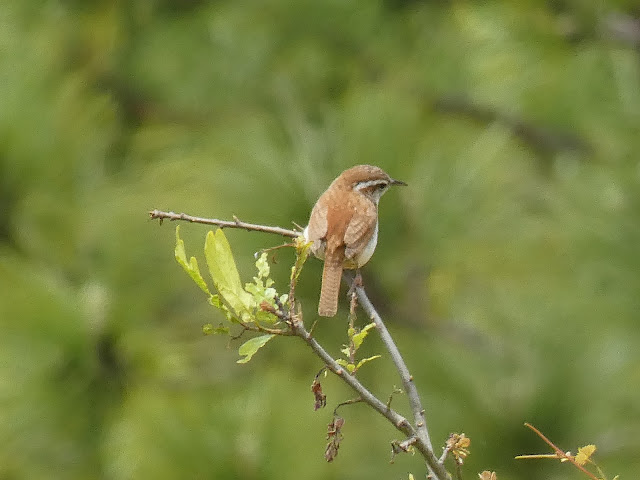 I hope we can learn to be tolerant of each other but never tolerate hate!