The Heat is ON

So I am laying low!
Humidity & Rain...Lets talk about it.  We had a beautiful spring but then wham,,,the air flow turned and is now coming from the south east Atlantic---this is the air hurricanes are made of.  It's very unstable as the evening thunder storms give testimony to. 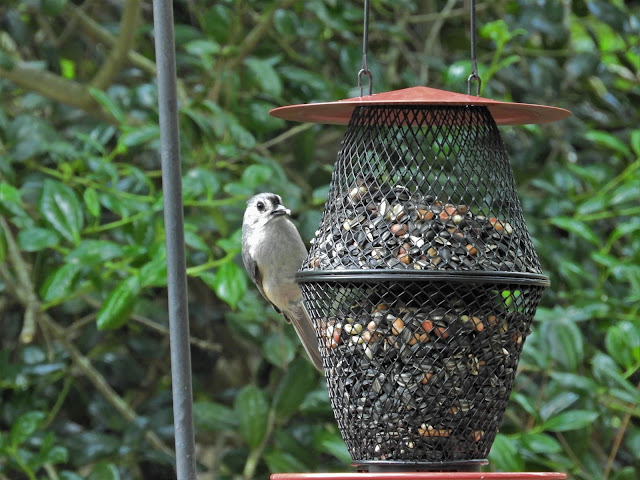 I get out as early as possible and do my yard chores, mostly pick up twigs from the last storm, put some seed in the feeders...etc.  I don't put in a lot of seed in rainy weather as it will begin to sprout right there in the feeder in just a couple days if there is any millet in it and sometimes the sunflower seed will spout.  I don't normally buy one with millet in it, for that reason but lately the shelves are nearly empty so I had to take what I could find....
I put in enough for one day and add more daily that seems to work best. 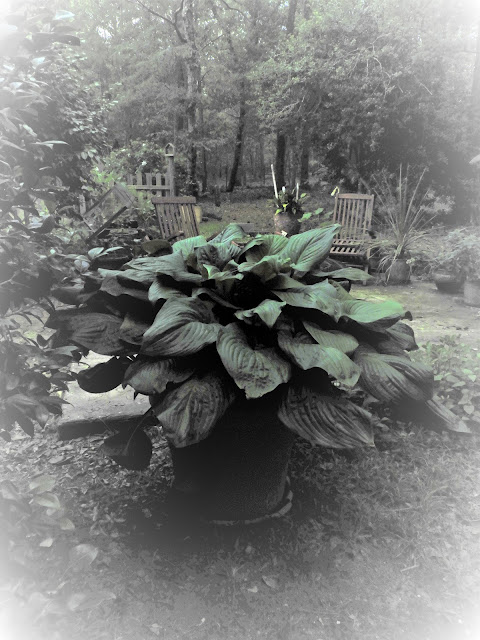 The Big Blue Whale Hosta is waterlogged
I had to replace one feeder it finally gave up after years of squirrels dangling on it...there seems to be a shortage of bird feeders in stores too...I got that one at the Tractor Supply....and just as I presumed trouble is a brewing over at the Cardinal Feeder. 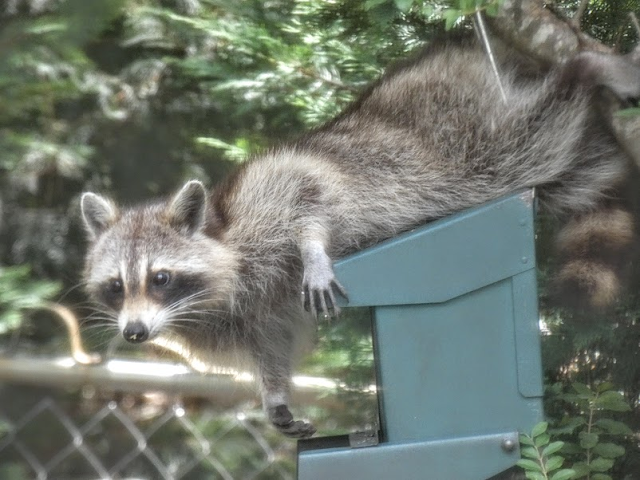 his name is Trouble...it helps when you have hands to hold the closing mechanism open.. 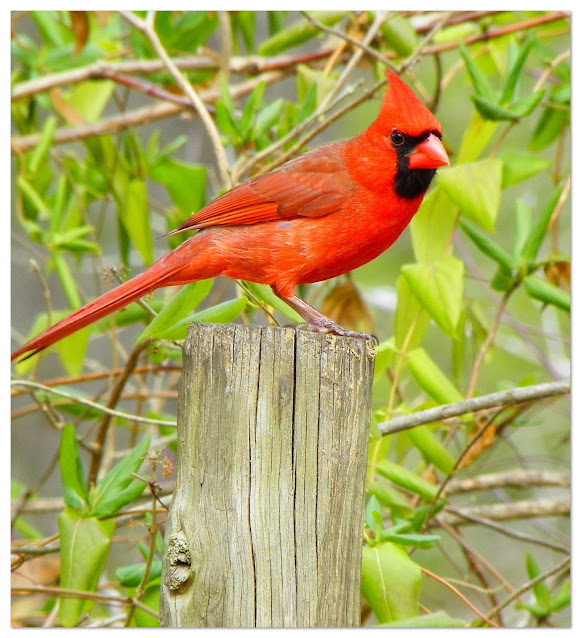 actually this Cardinal is an old photo taken with my Kodak! It was the best camera I've ever owned, but the on/off button stopped working...it's still in my closet.   Not like you can take it to the camera shop and have it repaired, that was in the old days.

Remember  old yeller? Well my dogs do chase this fellow and It could get ugly.  I may have to attempt to relocate him to the deep woods where he will have all he needs for survival and not be harassed by people and dogs if he doesn't move on soon. 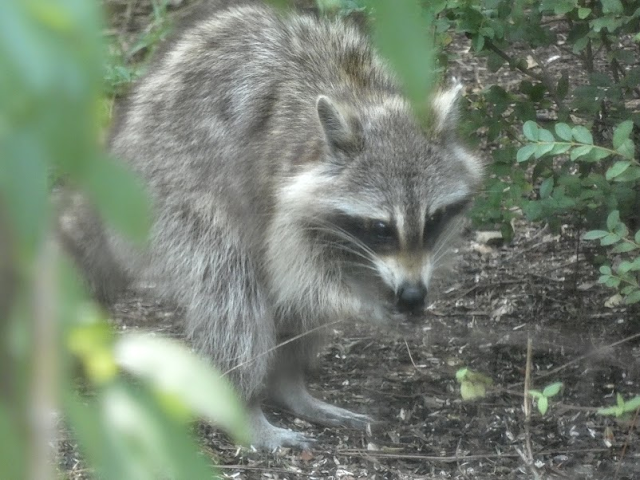 It's been about 2 weeks now of me chasing him out of the yard, and he just won't give up...I don't want him or my dogs to get hurt.
Shap 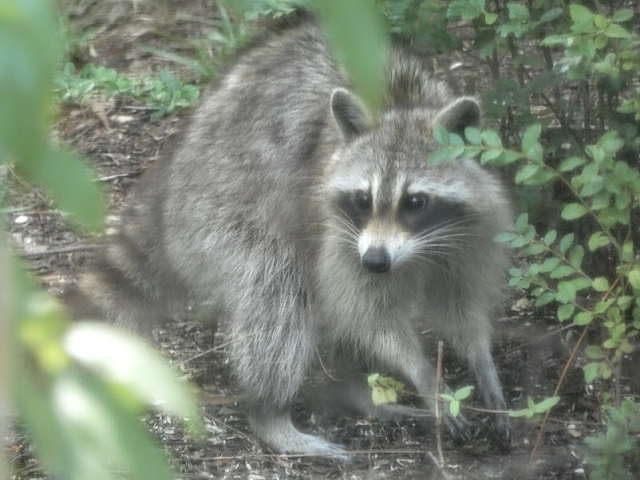 Speaking of hurt, check this out.   I was able to recover a couple of folders of old photos off my no longer operating PC.  This adapter thing worked for one of the hard drives but not for both of the drives.  So the tower is gone to PC heaven, (the recycle center) minus the hard drive I kept that and Im still trying with the other drive. 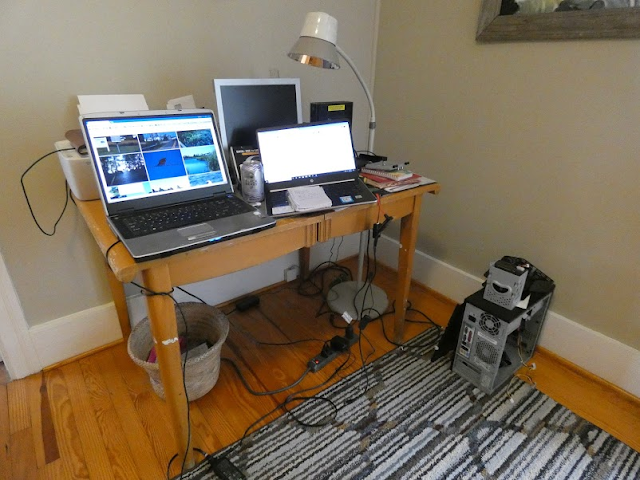 2 laptops and a PC

I was thinking the other day what if I put all my lost blog photos back, I'm using Google Photos and Facebook storage to do it, then comes the announcement from Google, that they will be closing it down, yada yada?  I throw in the towel at that point.  This tangle of wires is about how my brain has been lately with the main component unplugged. 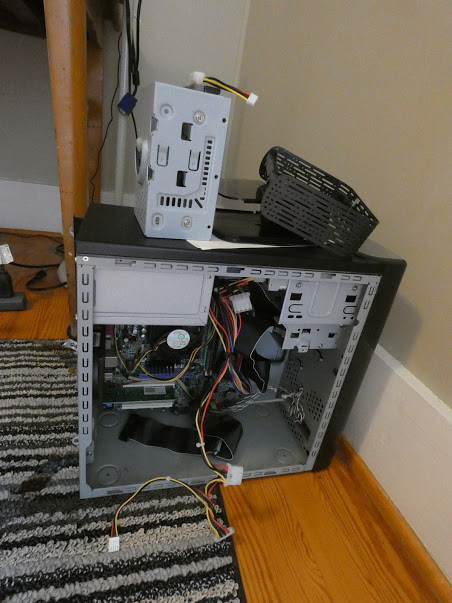 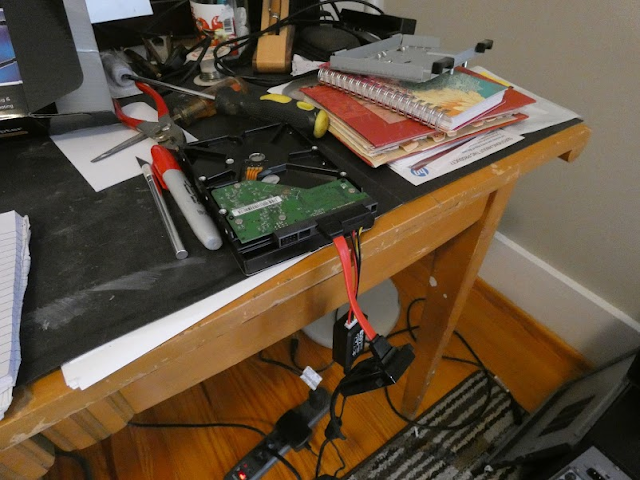 this is the one that refuses to co-operate I plugged the thingamabob to the whatsyamacallit, plugged it in and NOTHING but a blue light of the old central nervous system. 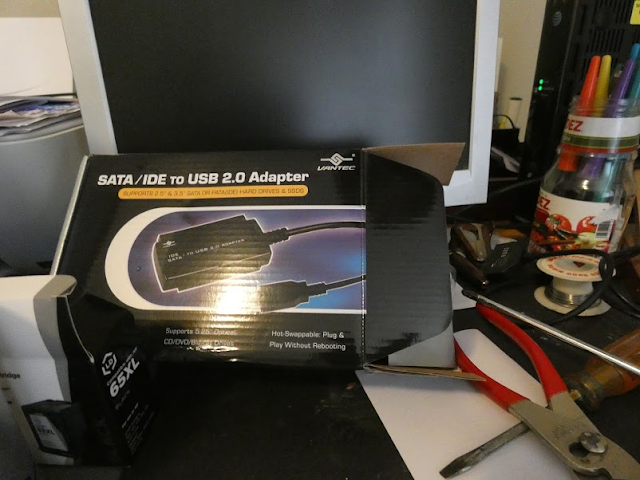 It's pretty hard to do any birding other than just what I can see with my naked eye or  hear. Humidity, binoculars, and camera lenses just don't mix...there is this thing called----> fog. You can see it the raccoon photos. 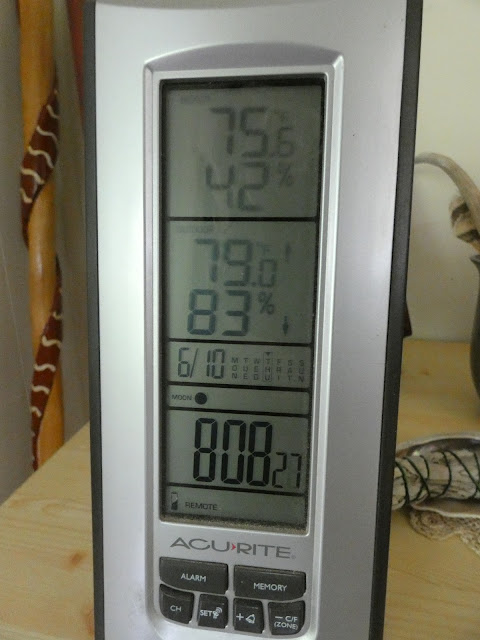 middle set is outdoor top set is indoors
So this morning I got up to no water!  I called, they are doing "repairs to the line", I'm on a rural water district, SO glad I keep a gallon of fresh potable water in my van, and 50 gallons of rain water under the eaves by the front deck.  I keep a lid on that one so no skeeters get in came in handy for the morning flush and I could do a sponge bath with it if necessary.
I  open the barrel so it can be refilled once it is down to half, so it's currently FULL as I took the lid off during  one of the recent downpours.
--------------
Pulled this one from the OLDER than dirt photo album achieves; this is my dear friend Sundance, with Mom's little Pekinese mix, Peppy.  This photo is from 1975, before we moved onto the homestead in '77.  We were renting in town and I asked the landlord if I could put a horse out back and he said "SURE" lol...(try doing that these days in the town limits) and so we built a little corral and a single stall shed for him...I used to baby sit Peppy while mom was at work so he would go with me to give Sunny his breakfast.  I worked from home then as I was getting my upholstery business off the ground (in the spare bedroom)...so they became best friends. You can see the love they had for each other... By the little stall I had a garden....I've always been an Earth and animal person even before it became "hip". 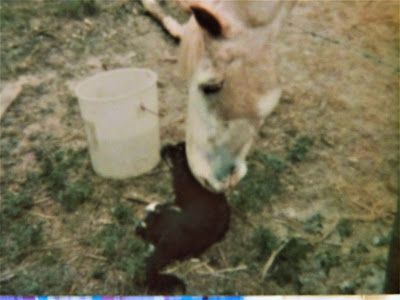 the gentle giant 46 yrs ago!

...the next year I opened to the public in a location  in town and supported myself with that occupation for 30 yrs! I still baby sat dogs and had 3 little yappers with me every day for a  couple years, one was mine, one my sis's, and mom's Peppy.
I saw a soft shell turtle creeping out of the pond when I stopped a couple weeks ago to take a quick walk at Goodale...I have never seen soft shell turtle there before...oddly enough. He saw me and turned around and went right back in the pond.

And since my post is all over the place this week I need some outside help....so my Sis sent me this pretty Antelope shot she got when they visited Yellowstone last week...that look says it all. Broken hard drives, broken bird feeders, broken water system,
yes as Glen Frey sang, THE Heat is ON. 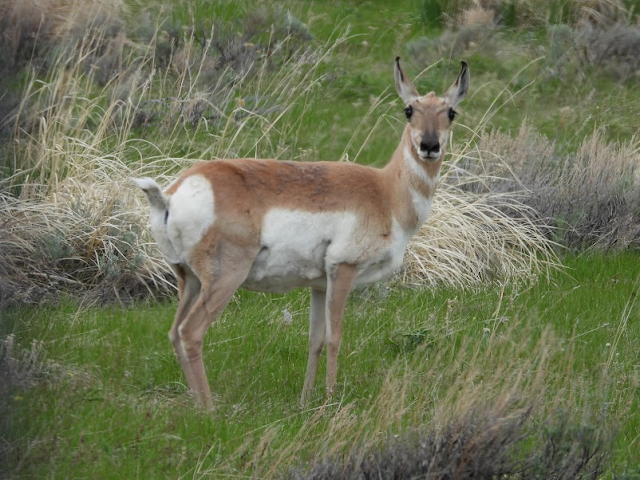 Thank you sis!
Next time I may dedicate an entire post to the good ole' days.