Today is almost 4th of July you're reading this long past that because my posts are still a while away from real time but Im closing the gap as more and more it's just too hot to enjoy being out. 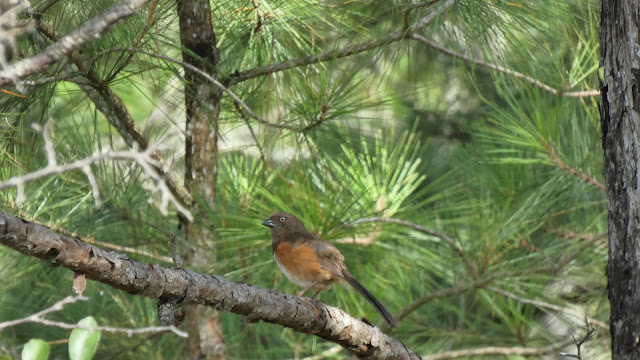 A week ago I wore my mask down to a dentist.  The old office where Dr, Mays ,who passed away already, was my dentist my whole life!  My Mom took me there as a child and I just stuck with him.  He always whistled or hummed show tunes while he worked.  I never had an issue with any work he did...I have gold crowns, fillings, root canal, wisdom teeth extracted, he knew his stuff and he had this little trick when he gave you the shot he would wiggle your lip so you were distracted and it didn't hurt so much..,When he retired I just stopped going to dentist.  I only went in an emergency, and that's is how I came to be there last week but now it's a 31 yr old  kid who is the dentist.  A tooth was chipped....so I asked for it to be repaired.. 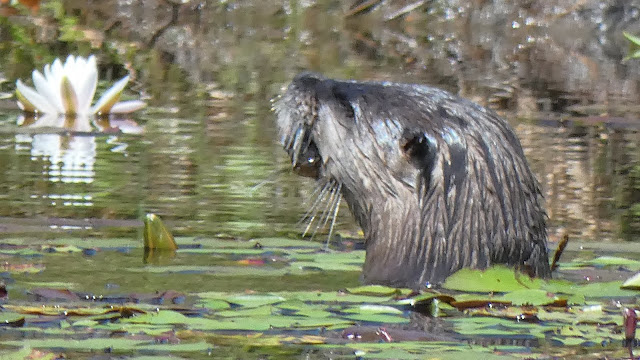 One of my otter friends eating a catfish he captured.

He drew out the long needle shoved it into my gum and a bolt of lightening rode down my tongue in a red hot flash---> twice<--- both barrels not only did I winch I screamed with my mouth open it sounded more like an exaggerated whimper.  I could almost smell ozone in the air as the lightening left the tip of my tongue and entered the atmosphere. 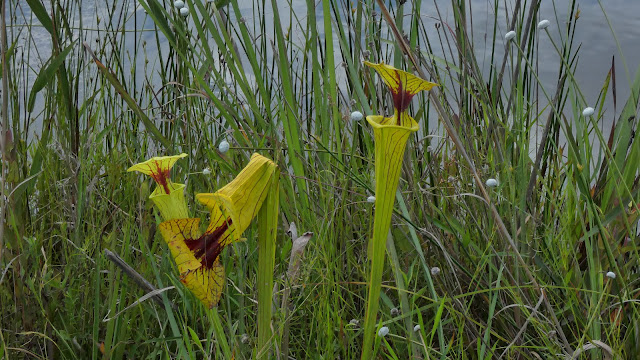 I told him what I had felt and he told me he may have "touched" the lingual nerve...I think he did way more than touch it..as  here it  is currently 7 days later At the time of writing, but in real time it's been almost a month and very little has changed) and my tongue has no feeling on the right side and my gum where he gave the shot is inflamed and hurts.  I do not have dental insurance so I have not called back I did read up on Lingual Nerve damage, there is NO intervention short of surgery, NO WAY thank you that would probably mean specialists, and even a worse outcome...There is no miracle for nerve damage as we all know!! The article told me give it 8 wks to heal and if not healed in 6 months it's permanent. 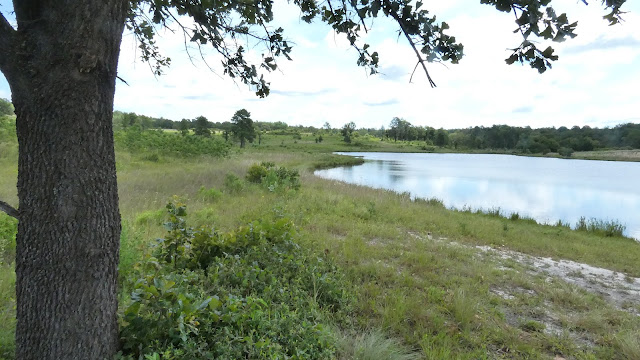 a  spot where I relaxed with my picnic lunch recently

I cut my finger once while working in my Upholstery shop and the nerve was damaged it never completely healed. I got used to it or it healed SOME but it's never going to he fully feeling again.. Now is my tongue gonna be the same?  It's very distracting and it gives me anxiety which I don't need more of...my food does not have a bright good taste and I think my speech is a little off and my mouth is always dry I wonder if my salivary gland is also disrupted?
Beware!! What more can I saw...

After this curve is a new lake for me to explore! I've never driven up to this road in the Refuge, it's Road 1 and this is Lake L, there is another  Pool K up there but I will check it out later. 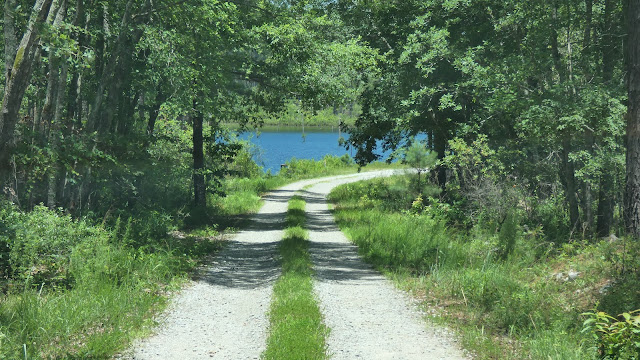 Lake L a new one to explore

I have made a little video of my mouth JIC I need to hire a lawyer if it becomes a really big issue, like all my teeth fall out for heaven's sake.  So I wait and see as long as it gets no worse I will be okay but if it does then what?  The way one of the lower teeth feels right now (the one directly above the injection site) is pretty painful!  I was having NO trouble with that tooth until I went to see him...I chose to try the old office instead of brand new Aspen Dental thinking I would get a young inexperienced Dentist there,  and that's exactly what happened.  Most of the dentists in this town don't accept new patients!  They have been in business for years. 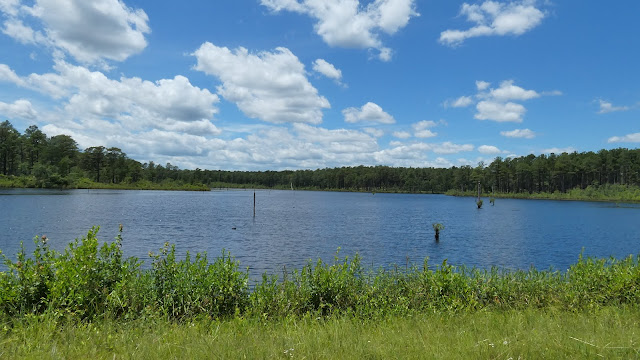 This is a very nice woodland lake, and it does not appear to have much visitation. I had the whole place to myself...except for some Osprey nesting nearby. 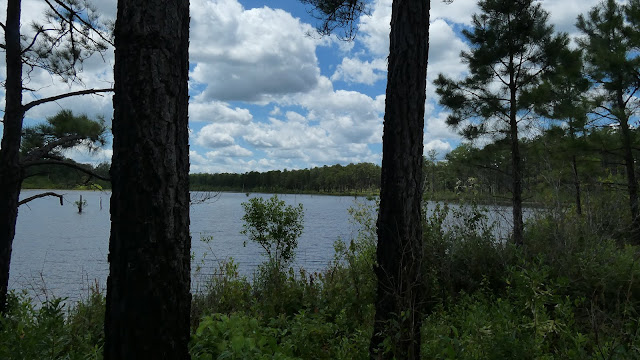 Osprey have nested there and have one chick in the nest.. 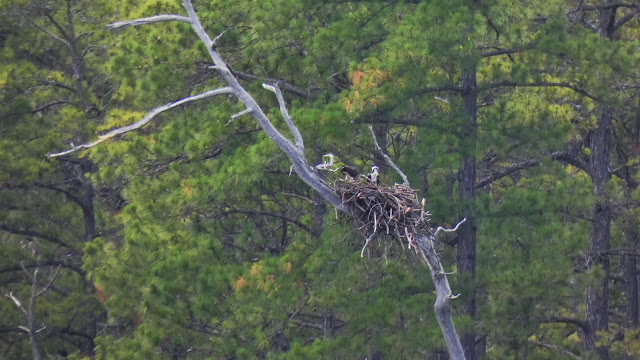 another look at the otters...they actually are aware that I am there they keep a curious eye on me...and they stay low in the water for the most part. 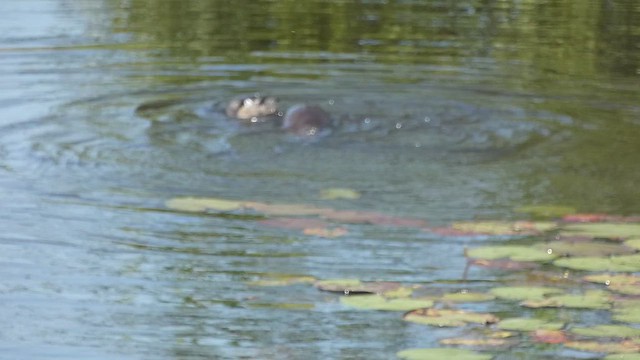 I haven't told anyone exactly where these 3 are living.  If anyone comes into the area while Im watching them I immediately put my binoculars up to my eyes the other direction so people will not notice the otters the curiosity of people wins out and they try to see what I'm looking at...then they drive past...Most people don't get out they just drive around on the refuge roads.

Meanwhile check out my bird bath visitor...actually this is Mom's bird bath...*sigh* she filled it lovingly for decades.  Now I'm using it in my yard...it's a family heirloom. 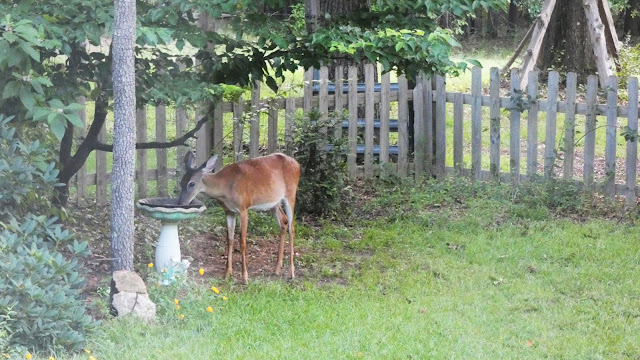 This was so cute to watch...and then she browsed on my flowers...
But oh so delicately...

On the way back from town I saw a couple of Turkey Vultures hanging out in the clear cut area... 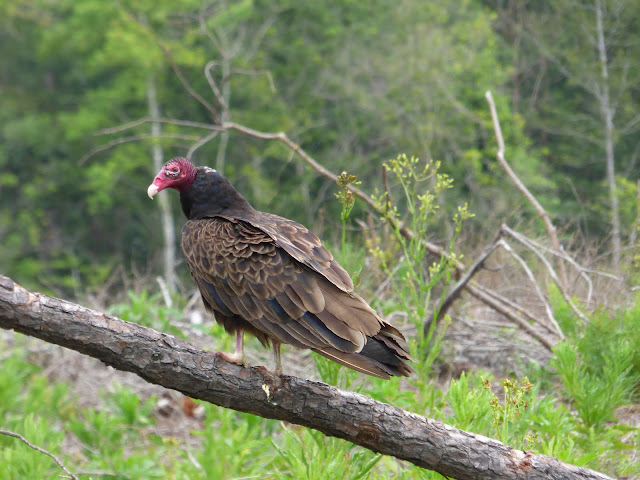 The area is growing back very quickly and soon it will go thru yet another cycle of grow and cut I may or may NOT be alive to see these trees mature... Realistically I'm  66 in 16 yrs if I'm still around I will be 82!!! So I don't know how you reacted when I say I may or may not see these trees mature....but in all honesty, there is a really good chance I won't.  The other day I heard Gordon Lightfoot's song If You Could Read My Mind and I sang along knew every single word, it was originally released in 1970....1970! Children that was 50 yrs ago...what a tale my thoughts would tell....

The Vulture's a huge bird I've held one before when I worked at the Bird of Prey Rehab center, they are heavier than you think much heavier than a Bald Eagle. 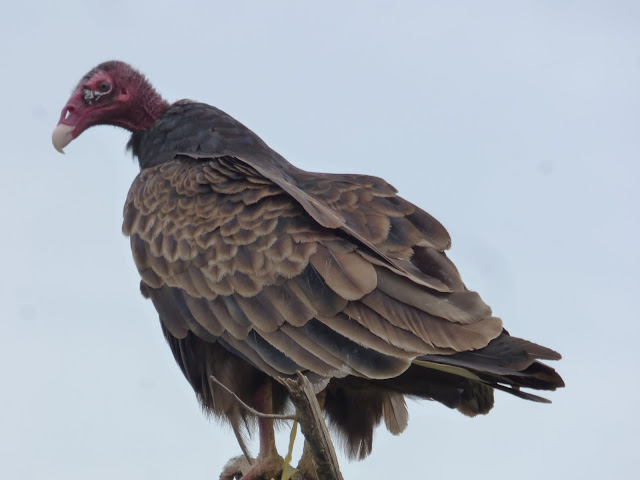 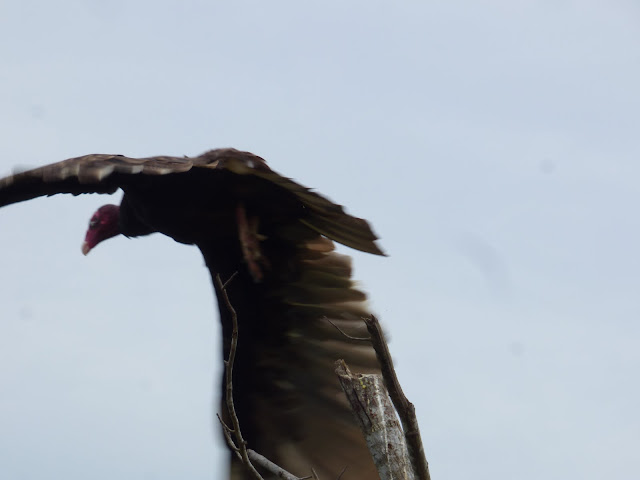 Nearby was this young Red Tailed Hawk,  has been hanging out over looking the vernal pool at the clear cut...actually I saw two maybe nest mates? 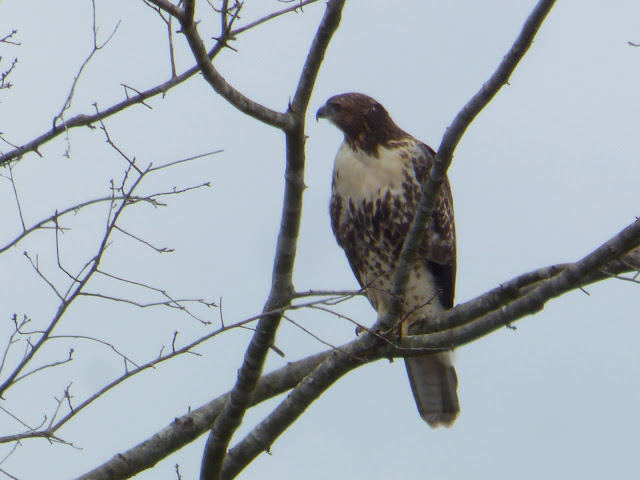 So today I stayed at home not feeling too well and took pain killers for my tooth and plan to nap on the couch in the cool AC.  I did however mow the grass, clip the hedges, and blow off the cement slab, water the plants, and fill the bird feeders and the bird baths! So I got my chores done...now I rest.

So I know I've shown you one of these before or maybe some stills on the Blue Crabs, but I feel a little crabby today so I will share theses crabs with you... 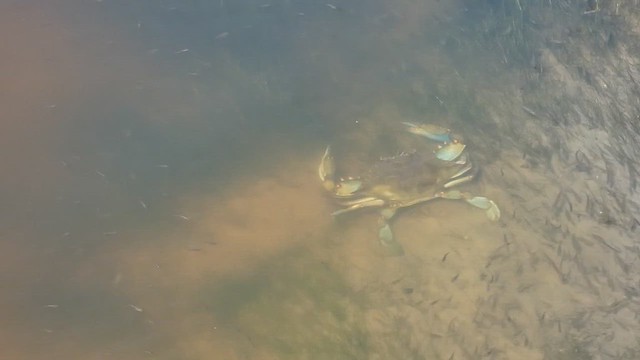 And this very swift Crab, I actually slowed this down by half so you could actually see him he was moving so fast...Im not sure , Ghost Crab maybe 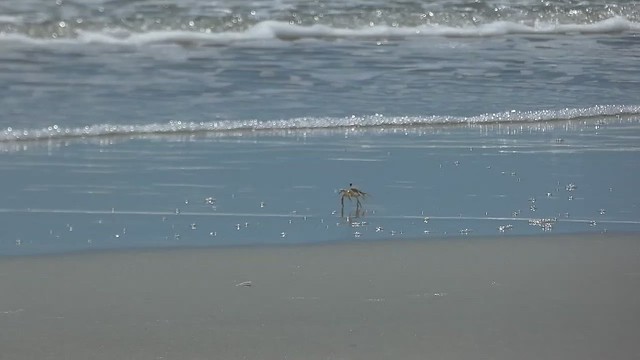 
And in real time last evening I went out and viewed the Comet Neowise, OMG you must go out and find it just look for the big dipper, then look down and to the west slightly and you will see it, wait until the sky is dark enough I saw it
10 PM ET.  And the Moon was pretty nice too... 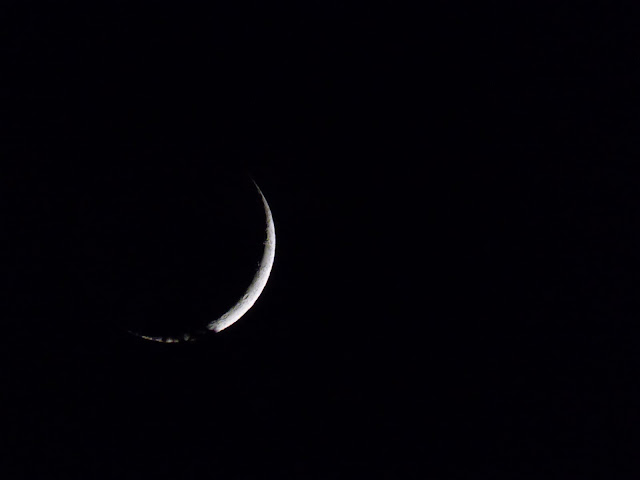 ----------------------------
Today Im wondering how it is that all people are not outraged by the action of the President and AG BARR, and his Secret Goon Squad and what they did in Oregon...it is the Right Wing Extremes that accuse the Democrats of not respecting a States Sovereign right...the State of Oregon did NOT ask for any help and did not need any help they were allowing people to exercise their first Amendment right.  IT Is the GOP that is dismantling our civil and constitutional rights to not be bullied by the Federal Govt while we exercise those rights.