August has been mostly hot and quite humid.  If I go out at all it has to be early.  If you go to this particular pine tree you will get the attention of this particular female Blue Grosbeak, she has held vigil here all breeding season! 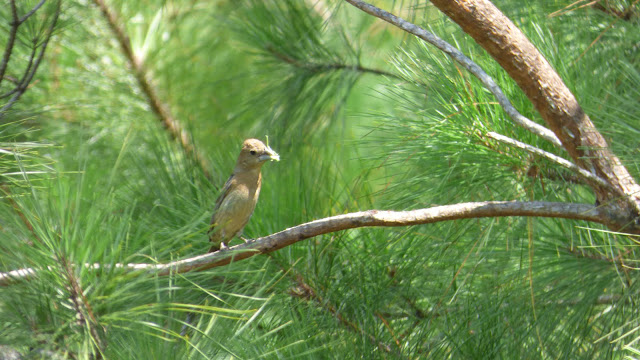 I think she ate this grasshopper herself...lol cause that shot was taken first no grasshopper in this second shot. 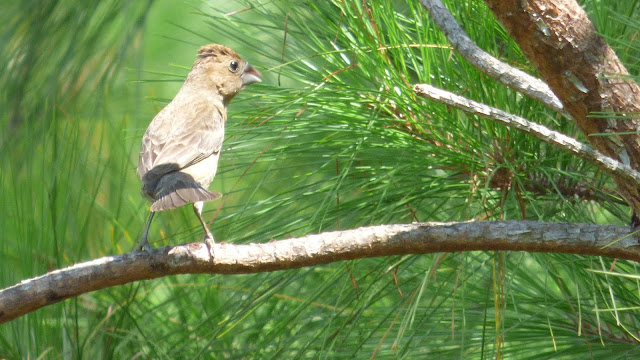 These images came from my new but used camera! Like I said it's exactly like the one I've been using a couple years now, but notice no black corners on the top edges. 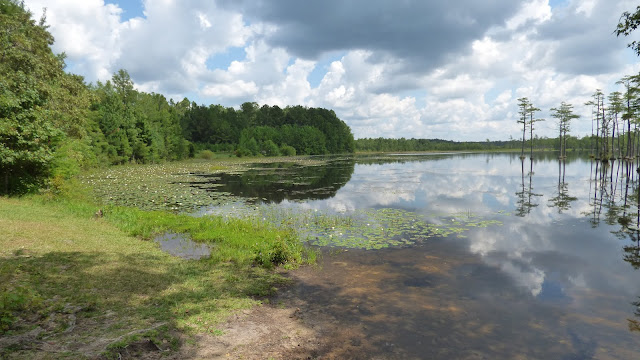 It is not as good as mine was when it was newly purchased....but I think it will do me until I'm ready to invest more money into a camera... 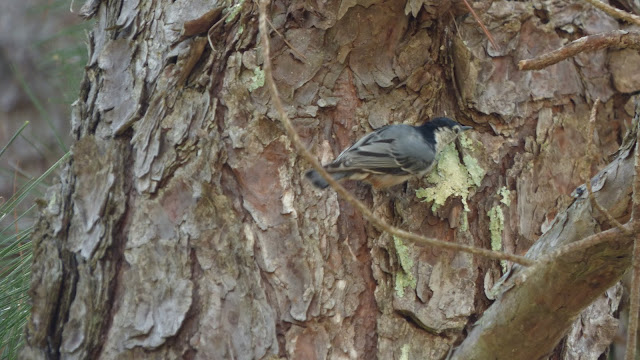 I did get a better shot of the white breasted nuthatch ...while this image below was a disappointment, not crisp, of the immature Little Blue Heron..I may not have the white balance set right. 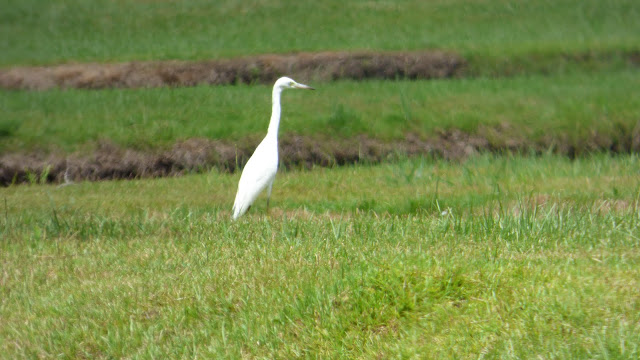 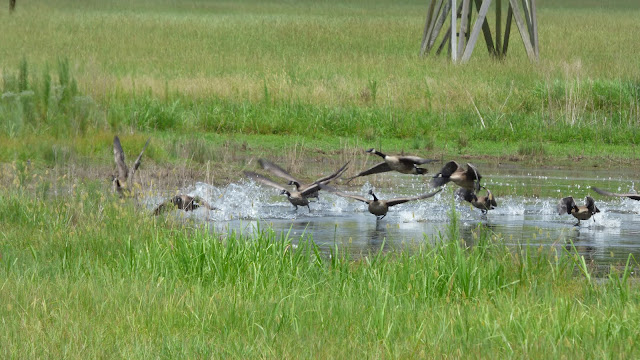 And for the video, I think it's okay..


Even tho there is no learning curve checking to be sure all the settings in the menu are set to my liking is the one thing I need to do by comparing it to my old settings... 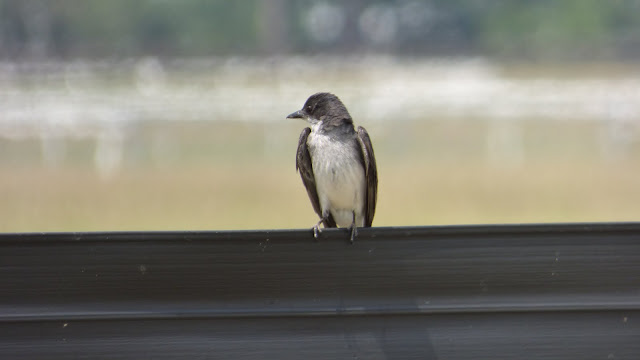 So that's exactly what I did now it is set up exactly like my old one bit for bit. So first impressions over all I'm pleased. I uploaded these images right into blogger, but I think Blogger reduces the quality of images, in an attempt to condense the space we are using...so next post I'm going back to Flickr hosting I've been slacking on uploading to Flickr, because I think it's a sinking ship.

These are shots I uploaded to Flickr.  Do you see what I mean it's brighter, it is sharper, bigger etc. 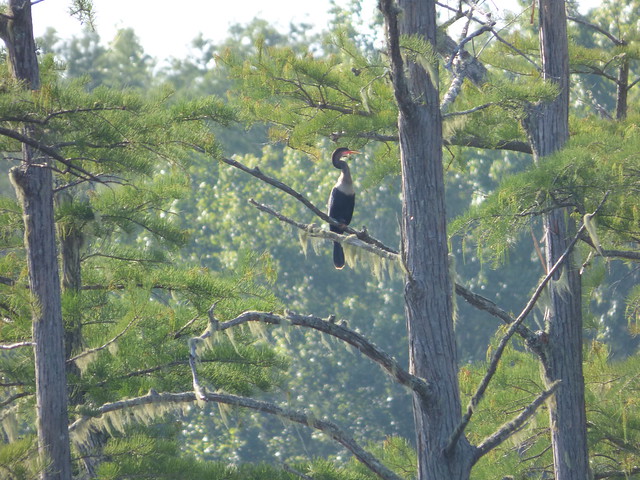 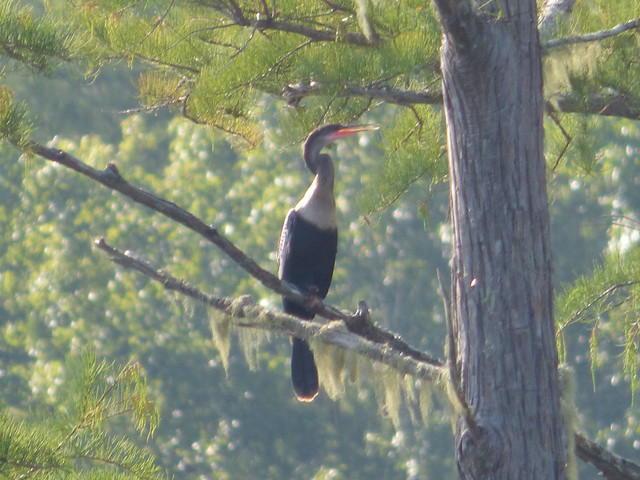 and look who is hiding in the marigolds! 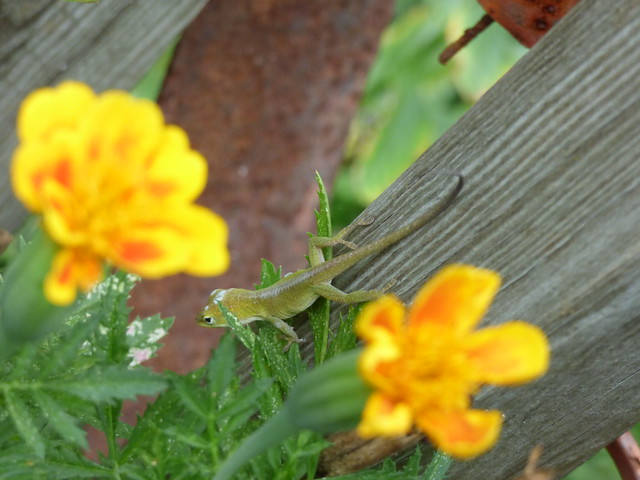 So just putting them in blogger seems to reduce the quality.  That's why I have always hosted my photos off site.