Instead of reposting this, I wanted to share it for Taphophile Tragics.

I seem to be falling farther and father behind with blogging...posting my own adventures and reading YOURS..but one does what they can and goes forward.  I am still about 2 weeks behind--so this trip was on March 12th.
I think I mentioned the SC National Heritage Corridor in my last post and this is one of the historic spots one can visit off that corridor.  Its located between the towns of Pendleton and Clemson SC.

The Old Stone Chruch building began in 1784-and it was as much a fortress as it was a place of worship since this was still a time of fighting between settlers and the Natives who already lived there. 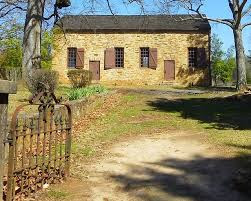 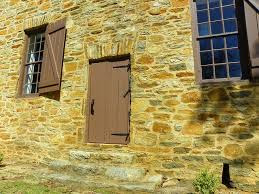 I love this stone work 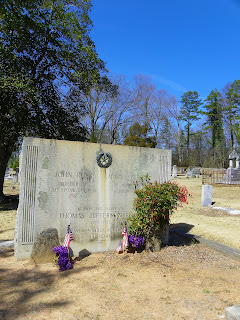 John Rusk (check out the history of Texas the Rusk family was very influential in the history) who is buried here was one of the founding fathers of this chruch and this community.  The cemetery hosts the graves of many Revolutionary Vets, War of 1812 Vets, Civil War Vets, with the oldest grave being 1795.  I didnt find that one but I found many others--
This Chruch was used by the Hopewell Presbyterians until they moved to Pendleton and built a new more Antebellum style chruch. 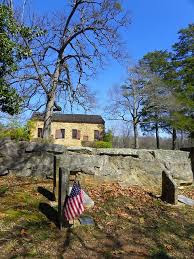 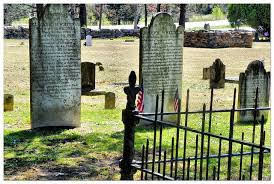 ﻿
These two stones are the markers of a German Immigrant Joseph and Elizabeth Whitner who fought for the Independence of the budding USA-and were members of this frontier church and community. 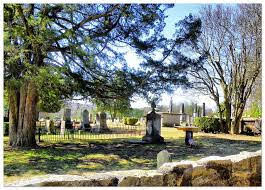 The cemetery has many big old Eastern Red Cedar trees standing throughout---I found this old grave to be interesting the story goes like this... 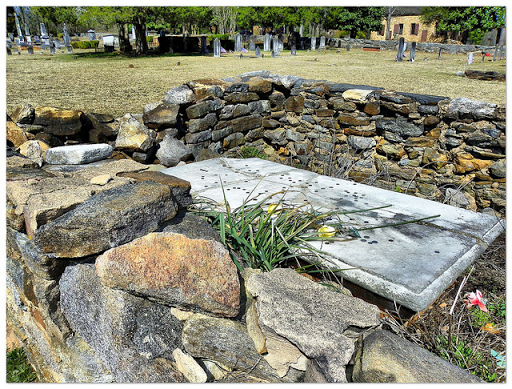 ...according to a long told story, Eliza Huger, a member of a prominent Charleston family, moved to New Orleans. Even by the standards of that city, her actions were considered scandalous. The story tells that Eliza's brother shot her and her lover, while they were entwined in unholy acts (left to your imagination, and probably NOTHING by todays standards). Burial within the cemetery was allowed only on the condition that an enclosure be constructed around the site. Her grave lies within high stone walls at the Old Stone Church Clemson SC--Inscription reads:

I couldnt read the dates on this marker, I can see October 9, but that huge crack has oblierated the year.... I tired online searches and came up with ZIP.  Legend says the cemetery allowed her burial only if the high stone wall was put around so as not to contaminate the surrounding ground near her
"soiled body"...and legend says the stone wall has been replaced many times as it keeps falling apart, and lightening has hit the marker and fractured it!
at 10:29:00 AM